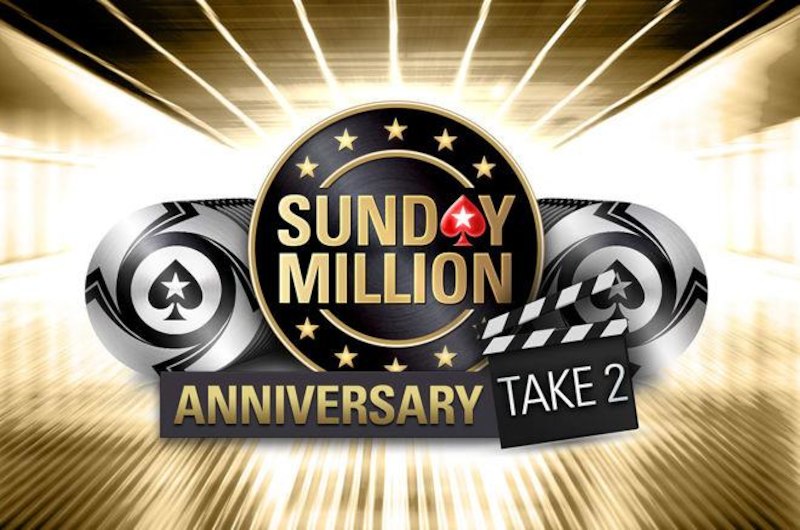 “Daenarys T” from the Netherlands became the 84th player to win a Platinum Pass worth $30,000 to the PokerStars Players No Limit Hold’em Championship. (Image: PokerStars)

Rebuy for the Win

February’s Anniversary Tournament topped out at 43,975 entries, which resulted in a more than $1.2 million overlay. Brazil’s “Hulk9950” emerged victorious in that event for $960K.

The “Take 2” $215 buy-in PokerStars Sunday Million Anniversary Tournament attracted 56,310 entrants, which this time surpassed the $10 million guarantee by creating a $11,262,000 prize pool. One player competing was the Netherlands’ “Daenarys T,” who also gave it a go back in February.

In the second iteration, “Daenarys T” had to rebuy, which proved to be a wise and profitable decision.

The tournament came down to Rick “ThEcLaiMEer” Trigg and “Daenarys T” with the former holding a 2/1 chip lead. “Daenarys T” managed to hit a little heater to take the lead, and soon things came to a head.

When the 2♠ completed the board on the river, Trigg checked for a third time and then called off with second pair. The top pair of “Daenarys T” was good and Trigg was awarded $715,335.28 for finishing in second place.

Upon winning the $1 million first-place prize, the 24-year-old “Daenarys T,” who has been playing on PokerStars since 2013, informed his girlfriend of the win and then took his dog for a walk to let things sink in.

“I play tournaments off and on. I moved to Amsterdam four months ago,” he told PokerStars a couple days after the win. “I’ve been lazy, playing a lot of live cash instead of grinding tournaments online, which is pretty tough. I chose the easy way and played cash in casinos.”

He continued: “Final few tables I was 100 per cent sure I was best player in the field. There was only ThEcLaiMEer. All the others were recreational players. Two regs and 25 Rec players.”

“Daenarys T” also revealed that he purchased a Rolex, plans to take his girlfriend to Ibiza, and looks forward to telling his parents of his big win later this week.

The tournament saw 9,295 players cash, and now they all have the opportunity to win a Platinum Pass worth $30,000 to the PokerStars Players No Limit Hold’em Championship (PSPC) in the Sunday Cashers All-in Shootout Giveaway, on May 5 at 15:00 ET.

The giveaway tournament is held the first Sunday of every month and open to all those who cash in either the Sunday Warm-Up, Sunday Storm, Sunday Million or Mini Sunday Million.

Speaking of Platinum Passes, one was given away during the PokerStars Sunday Million Anniversary Tournament. A random table was selected and those nine players were entered into an instant winner-take-all tournament. PokerStars Ambassadors Ben “Spraggy” Spragg and Fintan Hand streamed the action as Norway’s “hackrmaenz” played his way to a $30K prize.

Congratulations, a millon dollars, I had a friend who played the sunday million, he won the ticket in a sipn, I stay at five thousand places to charge, I was also following sasuke234 he came out with QQ vs KK.

Interesting, why the “Sunday” don’t win some of big famous tournaments players ?, i’m sure they skills is better than him.