The Charity Series of Poker (CSOP), which was established in 2014 by poker pro Matt Stout, will kick off its fourth season on Sunday, July 9 at MGM Grand in Las Vegas. 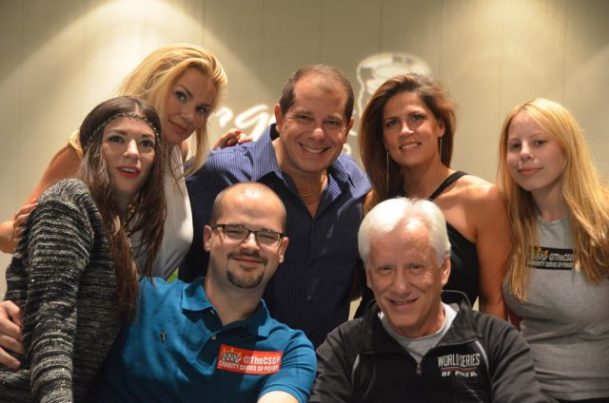 Matt Stout is the founded of the CSOP and has found support from players like Will “The Thrill” Failla and Loni Harwood, as well as actor James Woods. (Image: charityseriesofpoker.org).

A number of big names are confirmed for the tenth-ever CSOP event, which is sponsored by Lake Las Vegas Water Sports and All American Dave. Among those who’ll be in attendance are actor James Woods, film critic Richard Roeper, former NHL player turned analyst Ken Daneyko, and seven-time NFL Pro Bowler Richard Seymour.

They will be joined by a long list of poker pros including 2003 World Series of Poker champ Chris Moneymaker, World Poker Tour anchor Lynn Gilmartin, Michael “The Grinder” Mizrachi, and the usual life of the party, Gavin Smith.

Festivities, which includes a silent auction, will begin with a Player Party in the area near KA Theatre at 1 pm PT with the tournament starting an hour later. Rebuys and add-ons will be available for the first two hours.

Half of the prize pool will go to charity, while the other half will be paid out to the tournament’s top finishers. There will also be a $1,000 bonus both for the most rebuys and to the player who holds the chip lead at the end of registration (approximately 4:15 pm PT).

History of the CSOP

The inaugural CSOP took place on July 6, 2014 at Planet Hollywood and raised $14,605 for Three Square, which is Southern Nevada’s only food bank. Every dollar provided three meals for needy people in the area.

In the following years, the CSOP expanded to events at the Borgata in Atlantic City and at the Seminole Hard Rock in Hollywood, Florida, but it always came back to Planet Hollywood in Las Vegas. In 2015, they raised $42,000 and saw Michael Frazin take home a $15,000 top prize. Last year, another $20,000 was raised and saw Craig Chait defeat Jennifer Shahade in heads-up play to walk away with $5,567 in prize money.

This marks the first year the MGM Grand will play host to the CSOP, which to date has provided over 200,000 meals hungry individuals.

The CSOP will return to the Seminole Hard Rock Poker Open on Monday, August 7 and hold their next event just before the SHRPO’s “Big 4” events begin. For up-to-date information on the upcoming event, follow the CSOP on Twitter @TheCSOP.