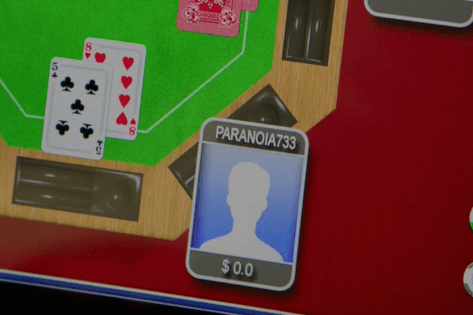 CSI:Cyber used online poker as a shady topic in a recent episode, mirroring a trend among other TV shows. (Image: CSI:Cyber)

CSI:Cyber, a recent spin-off of the popular and long-running original TV show now in its incredible 15th season, took on the in-the-news issues of poker and money laundering in a recent episode, and didn’t paint a very flattering portrait of the connection between the two issues.

Although the industry wasn’t the intended target of the crime fighting show, it was used as a vehicle for a murderous drug dealer.

Airing earlier this week, the episode, intriguingly called  Click Your Poison, focuses on a shady character that lures people into a vicious web of drug addiction through a click bait scam. Although the main plot is somewhat more involved, the gist of the episode is that a gang is sold bad drugs over the Internet (how very Silk Road) using fake ads that call to the user’s interests.

Using this as the lure, the drug traffickers then collect the money and…wait for it…use an online poker site to launder it. Various scenes showing the bad guys communicating and transferring money around the poker site in order to “clean it” ensue, and by the end of the episode the industry is left with a somewhat shady reputation.

In reality, the online poker industry has fought hard to eliminate the possibility of money laundering through its platforms of late. In the online arena, it’s extremely tough to wash dirty money thanks to a range of security checks conducted by any given legal and regulated site’s security team.

In addition to needing a valid form of ID to make deposits and withdrawals, online poker sites will block users from making withdrawals for a certain period of time, thus presumably making it somewhat inconvenient for speedy laundering turnaround.

For example, anyone that makes a deposit on PokerStars won’t be allowed to withdraw any funds up to the value of their deposit for 48 hours. This delay gives security staff the ability to check the authenticity of the deposit, moreover, the way in which the cash is used.

In fact, it’s virtually impossible to instantly transfer money to someone after a deposit. Peer-to-peer transfers are monitored closely, as is the transference of money at the poker table (chip dumping is tracked by security teams).

All of these practices are standard across the regulated online poker industry. According to reviews of the show, the FBI set-up the drug dealer by sending him $250,000 which was then deposited to an online poker site and transferred to a third-party. In reality, this simply wouldn’t be possible.

Of course, had the poker player taken the cash to a live poker game he may have had more success. However, even this has become more difficult in recent months thanks to recent changes in the way Las Vegas casinos handle cash games.

Following the advice of the Financial Crimes Enforcement Network (FinCEN), cash is now a dying commodity in live games at casinos such as Caesars, MGM, and the Wynn on the Las Vegas Strip. In an effort to stop players trying to launder money at the table, Sin City casinos are no longer accepting $100 bills as valid currency. Instead, players now have to exchange their bills for chips at the cashiers’ desk and then sit down to play.

Poker, of course, will always be a popular TV and movie theme, given its innate sexiness and dramatic potential. A recent episode of Bones also used the shadier side of the game as a theme.