Police have reopened an investigation into allegations that former PokerStars ambassador and current Juventus superstar Cristiano Ronaldo raped a woman in a 2009 incident at a Las Vegas hotel. 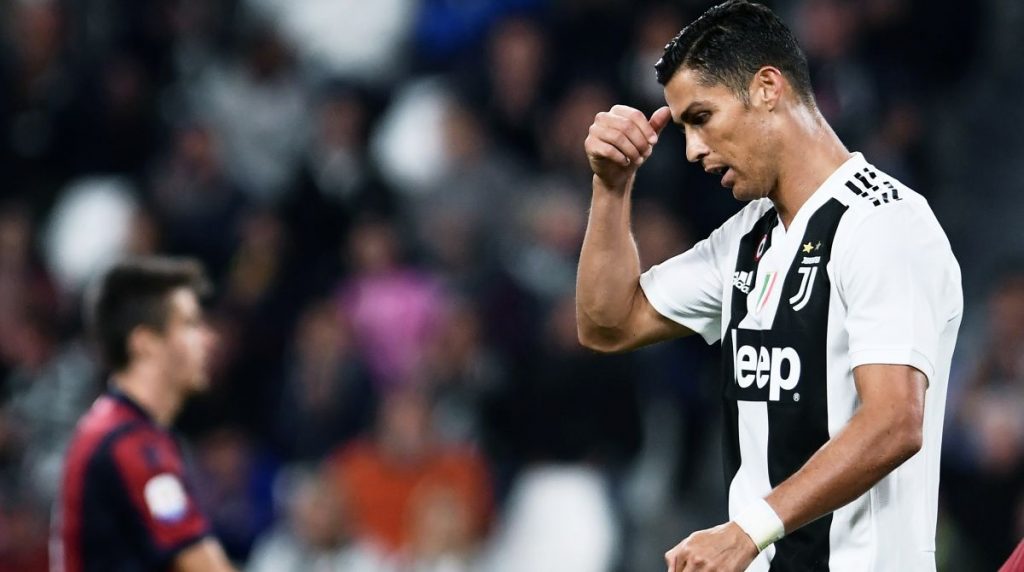 Cristiano Ronaldo is facing a civil lawsuit connected to allegations that he raped Kathryn Mayorga in a Las Vegas hotel room in 2009. (Image: AFP)

The allegations first emerged when reported by German magazine Der Spiegel last year. In that story, the woman who made the accusation was not named, but it was reported that Ronaldo had reached a $375,000 settlement with the alleged victim to prevent the story from going public.

But in a new interview published in Der Spiegel, the woman identified herself as Kathryn Mayorga, and shared extensive details about the incident.

According to the 34-year-old teacher, she met Ronaldo while working at a nightclub at the Palms Hotel in June 2009, just after the soccer star had been transferred from Manchester United to Real Madrid. He then invited Mayorga and others to his penthouse suite in the hotel.

According to Mayorga, she reported the incident to police. The Las Vegas Metropolitan Police Department confirmed that they did respond to a sexual assault call on June 13, 2009, though the victim did not provide details such as a description of the suspect or the location where the incident took place. However, the victim did receive a medical exam.

Police have also confirmed that the criminal investigation into that incident has been reopened. Because Mayorga reported the alleged rape in the day after it happened, there is not statute of limitations for investigating and adjudicating the case under Nevada law.

According to a police spokesperson, the department still has the rape kit from Mayorga’s initial examination. The kit was not processed at the time because she was not seeking to press charges. However, it may still contain DNA evidence from the incident.

The public accusations from Mayorga are tied to a civil lawsuit that her lawyers have filed against Ronaldo. According to a complaint filed by attorney Leslie Mark Stovall in Clark County District Court, Mayorga was coerced into signing a nondisclosure agreement as a part of the 2010 settlement in which she was paid $375,000.

According to Der Spiegel, the nondisclosure agreement required Mayorga to never again speak to anyone about the allegations, to the extent that she would not even be allowed to use Ronaldo’s name if she discussed the incident with a therapist.

Should she be found to be in violation of the agreement, Mayorga would have to return the full settlement amount. Mayorga’s lawsuit seeks to void the nondisclosure agreement while also seeking additional damages.

Ronaldo and his lawyers have dismissed the report, with the Portuguese superstar calling it “fake news,” while his team has threatened to sue the magazine for publishing the report. In response, Stovall pushed back against those claims.

“I have been asked to comment on the recent statement by Cristiano Ronaldo that Ms. Mayorga’s claims are ‘fake news,’” Stovall said in a statement. “Ms. Mayorga’s August 2018 decision to contact the police and participate in the criminal investigation of the June 13, 2009, sexual assault, [and] the Las Vegas Metropolitan Police Department’s current investigation of the June 13, 2009, sexual assault of Ms. Mayorga…are not ‘fake news.’”

After being signed by PokerStars as a brand ambassador in 2015, Ronaldo played a major role in the poker site’s advertising campaigns, appearing in television ads alongside Brazilian star Neymar. That relationship ended in 2017, when PokerStars moved away from using celebrity athletes in their promotions.

It seems that the girl was left without money, so now if she can get something from Ronaldo, I mean … what did she ask him in the hotel room? Maybe she just wanted to talk? 🙂

Almost 10 years later she goes to the Police. Ridiculous, shame, just another one looking for 5 minutes of fame… They should charge her bad so they stop doing that. If she was rapped why she didn´t went to the Police right after ?

she did go to the police right after (did you read the article?). WHY did he pay her the initial $375,000 if he is not guilty??????? I mean do people make it a regular thing to pay off others 1/3 of a million dollars for doing nothing? (think about that for a second)