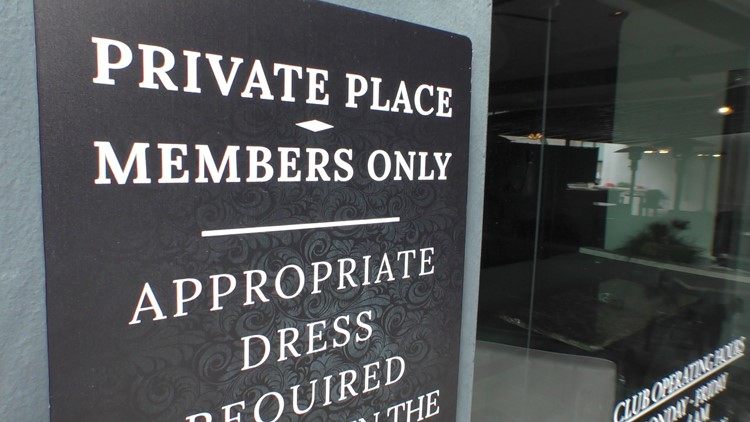 A sign outside the Post Oak Poker Club in Houston shows how card rooms in Texas are trying to operate like legitimate private businesses.  (Image: khou.com)

On April 30, Tom “3betpanda” Steinbach was shot outside the Texas Card House, a social poker club in the Austin area. Steinback was not killed, but the violence raises concerns about safety and security at private card rooms in the Lone Star State.

Travis, who was elected to Houston’s City Council District G in November 2015, took his concerns one step further.

“I am not one of these people that is opposed to (poker) by any measure, but I do have a problem when it’s illegal,” Travis told the hosts of Poker Lab Radio on Houston’s SportsTalk790 in response to a question about Texas poker clubs. “And right now, it is illegal under Texas law.”

When asked how he would vote if it were up to him to decide whether or not his poker clubs should be allowed in his city, he emphatically said, “I would have to vote no because I’m not going to go against state law.”

Travis knows a thing or two about the law. He graduated from the University of Texas Law School and was an attorney for the reputable Hoover Slovacek, LLP, law firm. He also taught Business Law at Houston Community College.

Texas has some of the strictest gambling laws in the country. The state does not allow traditional brick-and-mortar casinos anywhere but on one Indian reservation far away from any major cities. If you’re searching for Texas hold’em in Texas, most card rooms exist as private social clubs, which Travis contends are illegal. But is he right?

Texas law says poker is legal in the Lone Star State so long as:

To comply with the law, social clubs charge membership dues and hourly seat fees since, per Rule 2, the business can’t take a rake.

The Texas Card House, for example, requires all patrons entering the club, even those just coming to hangout and watch TV, to first pay a club access fee of $10 per day, $30 per month, or $300 per year. Poker players are then charged a seat fee of $10 per hour plus a $2 check-in fee. So, for three hours of poker, a player would be charged $32 plus the club access fee.

That might seem expensive until you realize that rake isn’t taken out of any pot because that would be illegal. If you win three pots every hour at most Las Vegas poker rooms, based on current $5 average rake rates, you’ll pay $15 per hour on rake.

But Is It Legal?

The legality of these poker clubs in Texas isn’t cut and dry. The law is clear in stating that poker is illegal in a public facility, which is why these card rooms operate inside private clubs.

Post Oak Poker Club owner Daniel Kebort swears by his club’s legality and his website claims to be the “only poker club in Houston that is in full compliance with Chapter 47 of the Texas Penal Code.”

The Houston-area card room, which will host the second-annual Lone Star State Poker Championship on July 28, is committed to ensuring he isn’t breaking any laws. His club goes so far as to enforce a strict dress code and requires all players to pay membership dues to get in a game.

But they are not without competition for legitimacy. The recently opened Freerolls Poker Club in south Houston has partnered with the World Poker Tour to host a WPT Deepstacks event in September.

Still, not everyone, including Councilman Travis, believe these businesses are legal. So, who is right?

That may eventually be for a court to decide.

Actually there’s a request for opinion currently in front of the Texas Attorney General on these clubs. His opinion should be handed down before July 25th.

Separately, the law says nothing about rake. Instead, it says that no one can make an “economic benefit” from gambling. As economic benefit includes membership fees, club access fees, seat rental fees, and tips to dealers, all of these membership poker clubs are illegal.

Police in Wilson County (just outside of San Antonio) just raided/shut down one of these clubs, and Dallas-area law enforcement have said these clubs are illegal as well.

texas isn,t getting a cut so it has to be ilegal

They are not making an economic benefit from gambling. They are making it from membership fees. These fees apply to everyone even if you are not playing cards….

However, this is yet another example of why we NEED regulated poker (both live and online) in Texas.