The poker world isn’t immune from the global coronavirus pandemic. Many tournaments and events — including vlogger meet-up games — have been postponed or cancelled. We’ll keep you up-to-date on cancellations right here in this continuous thread. 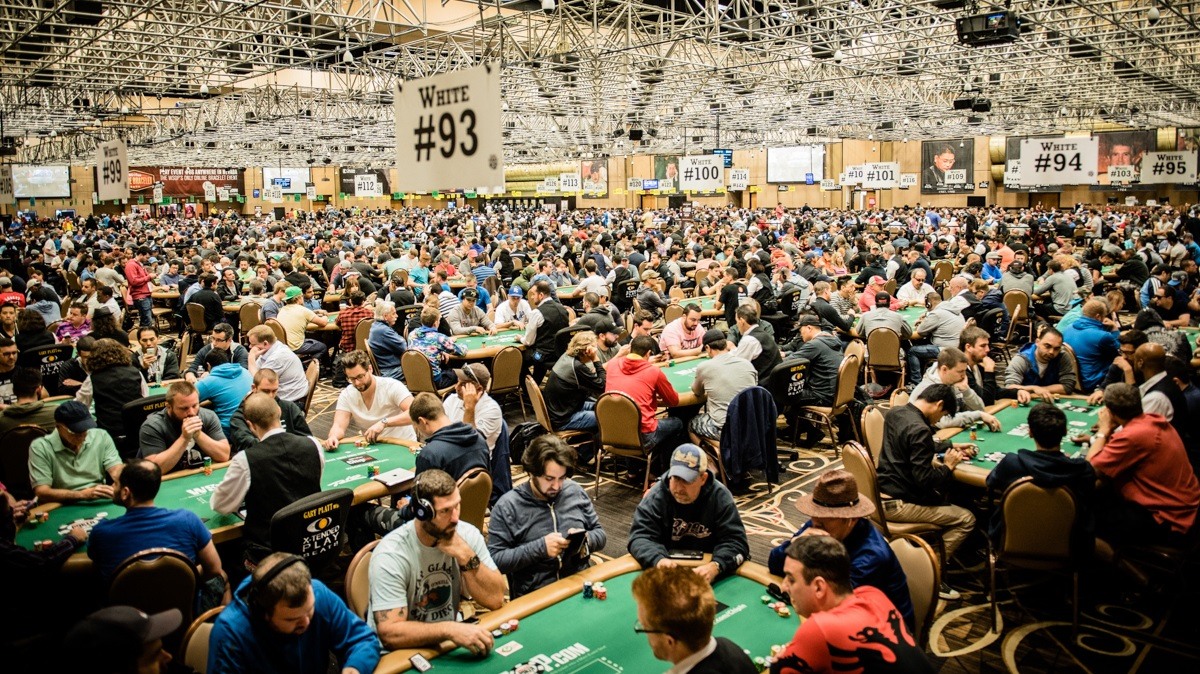 Will the coronavirus force the cancellation of the 2020 World Series of Poker? (Image: CardsChat News)

Brad Owen, who co-hosts meet-up cash games around the world with fellow vlogger Andrew Neeme, announced on Twitter Friday that future meet-up games will be postponed.

Due to health concerns MUGs will be put on hold for the next several weeks and then we’ll reevaluate. The @CCGpoker event will be rescheduled for a later date. We’re looking forward to coming back to Chicago once everything settles.

Neeme and Owen host regular low- to mid-stakes meet-up games. The upcoming event in Chicago has been postponed and Owen says he hopes to reschedule once “everything settles.”

Tournaments Cancelled and Postponed Due to Coronavirus

As of Friday, March 13, the WSOP hasn’t yet released a statement on the 2020 World Series of Poker, which is scheduled to begin May 26. We’ll update you as soon as we get word on the WSOP’s plans. For a list of poker tournaments officially canceled or postponed, please see below (we’ll keep this updated so please check back regularly):

WSOP Circuit (Hard Rock Tulsa): Yesterday, the Circuit series in Tulsa continued as planned despite other Circuit stops in the coming month postponing. But after some careful consideration, the remainder of the Tulsa series has been postponed.

Heartland Poker Tour (Cincinnati): The HPT has announced its April series in Lawrenceburg, which featured an $1,100 Main Event, is officially cancelled.

WSOP Circuit (Bicycle Casino in Los Angeles): The remainder of the series that began March 7 has been canceled. Bicycle Casino social media informed a Twitter user who was critical of the casino canceling tournaments and not cash games, “Please note that we are canceling tournaments that encourage extensive travel to our site as a safety measure. We will continue to keep our facility clean and safe for locals to continue to enjoy The Bike.”

WSOP Circuit (King’s Resort in Rozvadov, Czech Republic): The Circuit series running March 10-31 has been canceled midway through. There are no plans to resume the series at a later date.

WPT Deepstacks Amsterdam (Holland Casino): The tournament with a €1,200 buy-in scheduled to run March 12-15 is officially canceled. It will not be rescheduled.

WPT Deepstacks Maryland (Maryland Live Casino): The Deepstack event ($1,650 buy-in) expected to draw a large crowd at Maryland Live casino has been postponed. A make-up date hasn’t yet been announced.

As the situation around COVID-19 continues to evolve, bestbet has postponed the WPTDeepStacks in Jacksonville, FL including all series satellites. The new date will be shared as soon as it's available. bestbet will continue with normal business hours & have cash games available. pic.twitter.com/Sw7jKQf5OX

WPT Deepstacks Championship (Thunder Valley Resort in Lincoln, California): One of the biggest WPT Deepstack tournaments is postponed with an undetermined reschedule date. The $2,500 buy-in event was planned for April 4-7.

WPT Deepstacks European Championship (Casino Barrière Deauville in France): The €1,500 buy-in championship event originally set for April 10-13 is postponed. According to the WPT’s website, “our teams are mobilized to find a new date which we will not fail to communicate to you as soon as possible.”

WPT Main Tour (Venetian in Las Vegas): The first World Poker Tour Main Tour event postponement is the $5,000 buy-in tournament set for March 13 at the Venetian on the Las Vegas Strip. A reschedule date hasn’t yet been announced.

Heartland Poker Tour Mini Series (Hollywood Casino in Toledo, Ohio): Due to the coronavirus, the $350 Main Event set to begin March 13 is canceled. There are no plans to reschedule.

Mid-States Poker Tour (Meskwaki Casino in Tama, Iowa): The MSPT announced on March 13 that it has postponed its March 20-22 event at Meskwaki in eastern Iowa. No other MSPT events have been canceled or postponed as of March 13.

Colorado Poker Championship (Golden Gates Casino in Black Hawk, Colorado): The $500,000 guaranteed tournament was canceled on March 11. No reschedule date is planned for the event that was to kick off March 12.

The CPC has been cancelled. I can't post enough here for a full explanation.

We apologize for any inconvenience. Be safe, take proper precautions and stay healthy.

US Poker Open (PokerGo Studio in Las Vegas): The 2020 US Poker Open, a high-roller series scheduled from March 19-31, has been postponed. Poker Central hasn’t announced a make-up date, but wrote in a public statement they will “continue to monitor and follow the guidance of government health authorities before making decisions about rescheduling for future dates.”

I am pleased to see that so many are taking the necessary precautions. This is definitely a serious situation and has to be met with every precaution.

The great thing for poker players, is the availability of online games to keep their edge and maintain a thriving community. This is definitely not the case for many other sports.

In my country, we just had the first case confirmed of COVID-19 and even before that outcome, a decision had already been made to postpone one upcoming major island wide mass crowd event.

Be encouraged everyone. I am optimistic that a vaccine or cure will be concocted soon and this global pandemic will subside. Until then continue to take every precaution.

See you guys at the cyber tables.

This is so stupid.