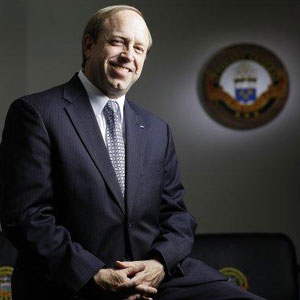 The state of Colorado is planning to reexamine online gambling in 2014, but the Constitution will have to be amended for regulation to become a possibility.

After the legalization of online poker in Nevada and Internet gambling in New Jersey and Delaware, the gaming world has been looking to states like California and Pennsylvania as the next potentials to join the fray. However, Colorado has suddenly come out of the woodwork with news that indicates more than a passing interest in the online gaming industry. Though progress towards a legalized regulatory online gaming environment in Colorado is not on the fast track by any means, recent updates have many industry eyes focused on the Centennial State.

The Denver Post reported that legislators and land-based casino companies with Colorado interests are watching Nevada, New Jersey and Delaware closely to track any progress, revenue and regulatory movements. Pinnacle Entertainment, which owns Ameristar Black Hawk, the state’s largest casino, is open to considering online gaming. Executive Vice President Troy Stremming said, “With respect to Colorado, when there is a piece of legislation to review, we can make decisions based on whether or not participation will be beneficial to the company.

Executive Director Lois Rice of the Colorado Gaming Association admitted to more than a passing interest in the state legislature. “We talked very late in last year’s session with some legislators who were interested in pursuing it,” she said. “We’re still exploring it.”

In fact, there was a bill in 2013 that was drafted by lawmakers and some industry heads, but the proposal never made it to a legislative committee for official consideration. Meanwhile, estimates show that online poker in Colorado alone could generate as much as $37.8 million in annual revenue within three to five years of enactment.

Colorado Attorney General John Suthers issued a formal statement last year with regards to online gaming. Upon a request from the Colorado Division of Gaming, he looked into the issue and wrote his opinion clarifying that the state’s Constitution would need to be amended in order to authorize a framework for online gaming.

CDG Director Laura Manning requested the opinion in July. It was accompanied by a number of questions related to Internet gambling for Colorado. Suthers’ response addressed her issues with location verification software for players who bet inside the state, as well as voter approval not required to tax online casino revenue as long as Internet gambling is approved by voters Actions from Suthers, Manning, and the group of legislators working on a 2014 bill indicate that Colorado may be on the watch list for online gaming activity in the coming year