PokerTribe.com, the US Tribal poker site that’s seen its launch date pushed back numerous times, is now linked to a federal investigation. 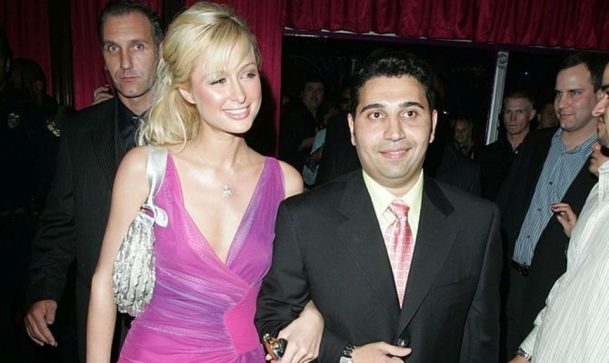 Fred Khalilian says UEG has done nothing illegal, despite questions over the legitimacy of its tribal online poker sites. (Image: newsok.com)

According to a recent report by the Oklahoman.com, the developer responsible for PokerTribe.com, Universal Entertainment Group (UEG), is being investigated by the National Indian Gaming Commission.

Before UEG struck a deal with the Iowa Tribe to launch a real money online poker site, it tried a similar thing with the Concho-based Cheyenne and Arapaho Tribes.

As outlined in the article, UEG received almost $9.5 million from the Cheyenne and Arapaho Tribes to develop PokerTribes.com. This deal ultimately fell through after the tribes’ president, Janice Prairie-Boswell, left her post in 2014.

UEG Moves On With a New Tribe

At this point, UEG and the Cheyenne and Arapaho Tribes eventually parted ways with nothing more than an empty website left. Fast-forward a few months and UEG agreed to another deal, this time for $10 million, to launch an online poker site in partnership with the Iowa Tribe.

After dropping the “S” and making the PokerTribe.com homepage live, the Iowa Tribe went through the courts in order to exploit a loophole in Oklahoma law. With no explicit poker legislation in the state, the Tribe argued that it wouldn’t be violating any laws if it offered online poker to residents outside of the US.

The Iowa Tribe eventually went to arbitration in 2016 and won on the basis that, as long as its gaming servers were located on tribal land, it wouldn’t be in breach of any federal laws. Since that time, however, the site hasn’t launched because of issues negotiating with “foreign governments.”

Now, however, the site could remain dormant thanks to UEG’s issues with the National Indian Gaming Commission. The main thing under review is where the money UEG was paid by the Cheyenne and Arapaho Tribes was spent.

Reggie Wassana, speaker of the Cheyenne and Arapaho tribal legislature, has said that the game developer essentially took a lot of money and delivered nothing in return.

“A lot of money was paid and nothing was ever received. Nothing became of it. It was $9.4 million for a website basically — there was no realization of profits and no actual working internet gaming,” Wassana told the Oklahoman.com.

In defense of the failed project, UEG consultant Fred Khalilian has told the National Indian Gaming Commission that the company has already been investigated by the FBI. Khalilian claims the Bureau found no evidence of wrongdoing after going through UEG’s “financials dollar by dollar.”

This, however, doesn’t mean the latest investigation will be dropped nor does it answer the question of when, if ever, PokerTribe.com will go live. With this being the case, there could now be a cloud hanging over both UEG and the Iowa Tribe’s online poker site.

The FBI has known about this since 2012 when it was brought to their attention by former Cheyenne-Arapaho Gov. Darrell Flyingman. Feredouin “Fred” Khalilian is a liar, cheat and criminal. As a Iranian national, how is it this individual continues to commit federal crime after federal crime on tribal lands without repercussion or deportation?