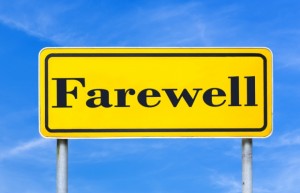 International Poker Network (IPN) one of the oldest online, is set to close in a couple of months. (Image: poker.co.uk)

The International Poker Network (IPN)  – one of the oldest online poker networks – has announced it’s about to bag up its chips and call it day, but not before giving back the funds from its current bad bead jackpot in a series of freerolls. The IPN – otherwise known as Boss Media – which is now known as SPIELGO G2, a subsidiary of GTECH (confused? we are too), indicated that it will close down the network during the second financial quarter of 2014, a couple of months from now. Players with funds on the network have no need to panic, however – parent company GTECH is a successful service and software provider in the online gambling sector and is financially stable. We are told.

IPN currently has 15 skins, the best known of which are ParadisePoker.com and PokerHeaven.com, but these will have to find new homes; the company, it seems, has decided to focus more closely in its country-specific regulated platforms, such as Svenska Spel, Poker Club Italia and Spain Poker Network.

IPN launched as Boss Media way back in 1996.It opened its Gold Club Casino soon after, with poker following soon after that; and the network built itself up as the company signed up more and more licensees. At its peak, it had strong liquidity – more than 2,500 cash game players across 30 different sites, the sixth-largest network or poker room on the web.

However, IPN failed to improve their software at the same rate as the market leaders, and many players felt that it had become outdated. Over the years some of its bigger partners migrated to other networks, such as InterPoker, which joined the Ongame network in April 2013 – a poker network with more than double the active cash game players of IPN. In 2007 IPN signed an agreement with Yahoo UK and launched a room called Yahoo Poker. But even with a huge brand like Yahoo behind on board and the potential to reach millions of Internet users, the network failed to revive its fortunes.

Today, according to PokerScout.com, the network has a seven-day average of 220 cash players – that’s only just ahead of New Jersey’s Party Borgata, a new site restricted to one state. PokerScout says that IPN’s overall traffic has decreased by an extraordinary 90 percent since 2010.

The network has now discontinued its bad beat jackpot program and IGN will hold four €25k freerolls and one €45k freeroll between April 2 and April 30 to redistribute the funds. To ensure that the money goes to real network regulars, the freerolls will be capped at 5,000 players. Only those who have played at least one raked hand in the previous 365 days will be eligible.
It’s a good move from a network that has been around since the dawn of online poker itself, and could quite easily have pocketed the funds without too many people noticing. Well played, IGN. Gg, gg.