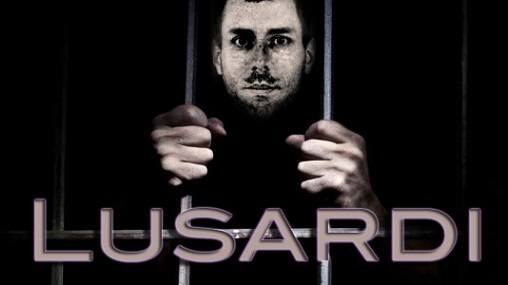 Christian Lusardi has finally been indicted for his alleged use of counterfeit chips in the Borgata Winter Poker Open in January 2014. (Image: casinoz.me)

Christian Lusardi, the infamous alleged Borgata chip counterfeiter, was officially indicted by a grand jury in New Jersey on Wednesday.

The North Carolina native was arrested on January 24, 2014, after the Borgata in Atlantic City reported the incident. Police later found a stash of fake chips clogging pipes that led to Lusardi’s room toilet inside Harrah’s Resort & Casino, where he staying.

After arresting Lusardi, investigators discovered that he’d ordered the chips from China and then smuggled them into the Borgata Winter Poker Open’s $2 million guaranteed event. By the time the extra chips were discovered, it was impossible to reverse the damage caused by having them in play, and the tournament was eventually canceled.

With the New Jersey Division of Gaming Enforcement (DGE) tasked with devising a fair compensation package for those affected players, the police continued to probe Lusardi and discovered he was also involved in selling counterfeit DVDs.

For that crime (copyright infringement and trafficking counterfeit labels), Lusardi was found guilty on September 2, 2014, and sentenced to a five year prison term. However, that wasn’t the end of the 43-year-old’s troubles.

With the chip counterfeiting case still pending, Lusardi has since been waiting in a prison cell to see if he’ll now have to answer charges of deception and fraud. This week, about 19 months after the Borgata incident happened, Lusardi moved a step closer to finding out his fate.

Appearing inside the Atlantic County Court on Wednesday, he heard a grand jury indict him on the following charges: second-degree trademark counterfeiting, second-degree attempted theft by deception and third-degree criminal mischief (arising from the $10,000 worth of damage he caused to Harrah’s by blocking their sewer pipes).

For Lusardi, he’ll now be contemplating the possibility of more time in prison alongside the term he’s currently serving for his DVD exploits.

But Why Did It Take So Long?

The legal world is full of confusing jargon and seemingly contradictory clauses, so figuring out why it took so long for a grand jury to indict Lusardi isn’t easy. We’ve scoured some legal journals and asked Google to give us insight into why Lusardi wasn’t able to exercise his legal right to a speedy trial, and we’re still not really clear on it.

The timeline between Lusardi being arrested for introducing counterfeit chips into the Borgata Winter Poker Open and him being indicted was roughly 18 months. According to Cornell University’s Law School, “any information or indictment charging an individual with the commission of an offense shall be filed within thirty days from the date on which such individual was arrested.” In certain circumstances this can be extended by thirty days if a grand jury isn’t in session, the Cornell explanation adds.

Although this precedent appears to be mainly related to drug charges, it does suggest that the timeline for bringing an indictment has passed. However, information on other legal forums, such as avvo.com, seems to suggest that this is the case with federal charges, but not state charges. In fact, there has been much debate over the legality of some cases, such as several involving some held on Rikers Island  in New York, that have kept arrestees imprisoned for years while they waited to stand trial.

Basically, the reason why Lusardi’s indictment took so long is unclear, but since he’s already doing time in prison for another crime, it might not be as big an issue as in some other cases.

Yes, we will keep our day jobs.

What a dumbass! DVD’s??? Who even watches DVD’s anymore? Counterfeit DVD fraud is as bad as this issue with shooting your own foot off!
https://screen.yahoo.com/weekend-michael-vick-really-000000037.html