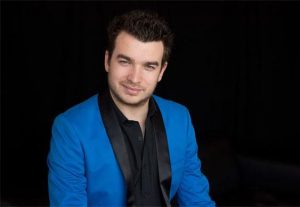 American Pharoah may win horse racing’s Triple Crown if he can win the Belmont Stakes next month.

But as impressive an accomplishment as that would be, it might just pale in comparison to a poker player who has accomplished the feat 25 times.

Moorman is easily the leader in career Triple Crowns; the next closest player, Nicolas Fierro (“PokerKaiser”), has a mere 16 Triple Crowns on his resume.

In order to be credited with a Triple Crown, a player must win three online poker tournaments at different sites over the span of a single week. In addition, the tournaments must be of a certain size and stature: each must have at least 100 players, and the total prize pool for each event must be at least $10,000.

To examine Moorman’s most recent Triple Crown run, we must go back to May 8, when the English professional poker player won a $77 event in the iPoker Online Poker Series, earning a $15,000 prize.

Moorman then quickly followed that up with another victory. Winning the $20,000 Crocodile earned him another $6,300, and made it two first place finishes in two days.

That left the online tournament grinder with plenty of time to finish off his Triple Crown, though he almost failed to find that final win.

It finally came on May 15, when he won a $109 No Limit Hold’em tournament on PokerStars for $1,092 and the 25th Triple Crown of his illustrious career.

“It’s nice to get off the mark for 2015,” Moorman told PocketFives after his third win of the week. “Even with everything going on in my life, this is still an important goal to me to continue winning more Triple Crowns.”

Incredibly, however, Moorman wasn’t done winning, and he set himself up for another potential Triple Crown over the following weekend.

On Saturday, May 16, Moorman scored a win in the bwin $30,000 Guaranteed tournament, winning just under $7,300. That was quickly followed up the next day by a win in the PokerStars Sunday 500, which earned him an impressive $87,400 cash.

The PokerStars victory was an especially sweet one for Moorman. While he has many major tournament victories to his credit, the PokerStars 500 was one of the few notable online tournaments he had yet to win.

So far, Moorman has yet to finish off this potential Triple Crown. While he has won two more eligible tournaments this week, both have come at PokerStars, and players must win events on three separate sites to get credit for the accolade.

Moorman may well be the most successful online tournament player of all time, having registered over $12.3 million in lifetime cashes over the course of his career. He has at times been rated as the top online poker player in the world by PocketFives, and currently ranks 12th on that list.

Moorman has also won more than $4 million in live tournament play. That includes two cashes of over $1 million: a second-place finish in the 2011 World Series of Poker Europe Main Event, as well as a win in the 2014 World Poker Tour LA Poker Classic.