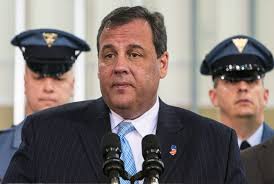 New Jersey has had plenty of problems this year, but now a New Jersey online problem gambling study could shed light on how Garden State players are handling their first year of legal Internet gaming.

Governor Chris Christie has mandated a comprehensive study in partnership with the Department of Health and Human Services to examine the impact of Internet gambling on problem gambling behaviors.

The research study will be initiated by New Jersey’s own Rutgers University and will look at problem behaviors by gamblers across the state. The New Jersey Division of Gaming Enforcement approved a grant of $1.28 million to make the research study a reality.

The New Jersey online gaming economy has had mixed results to say the least. PokerStars, the biggest online poker site in the world, recently has been reported to be returning to New Jersey, thanks to the recent Amaya acquisition. The existing licensees legally operating in the state have not come close to meeting Governor Christie’s lofty expectations when the state approved online gaming.

Over the last few months, many hotels and casinos operating in the state, specifically in Atlantic City, have gone belly-up. Online gaming was supposed to be a boon to NJ and while revenues have held steady, there hasn’t been much growth in the horizon. Because online sites in the state have to be linked to brick-and-mortar casinos, it was expected the additional revenue from online sites would help keep the existing casinos afloat. If the last few months are any indication, that simply is not a reality.

Given the economic climate of an online gaming economy that hasn’t shown growth and a brick-and-mortar casino industry that is dying quickly, it seems curious that the state would pick now to initiate a study costing more than a million dollars. While many industry analysts were expecting New Jersey to conduct a study to see how it can save its economy, they are left scratching their heads as to why the Governor “mandated” this study.

Promoted as the first comprehensive research study on Internet gambling in the United States, the Rutgers University research effort will be composed of two prevalence survey-based studies. The first will be to establish a baseline, and the second will be to measure any variances. The work will be conducted in partnership with the Division of Mental Health and Addiction Services within the Department of Health and Human Services.

Responsible Move, According to NJ

While the holistic topic of problem gambling is an important one for the industry, Dr. Lia Nower, who is the Director of the Center, said publicly in a press release that online gaming is a new frontier and nobody knows what to expect. The noted professor stated that she feels it’s a testament to the Governor that he’s taking a responsible approach to evaluating potential negative impacts of New Jersey’s decision to legalize online poker and gambling.

The research study will purportedly start with telephone interviews of 1,500 New Jersey residents and 2,000 responses from New Jersey Internet users. The study will then restart the same efforts 18 months later to track any changes that have occurred between the two dates. Then, the research team will create four yearly reports to the state and will cite statistical analyses of betting behavior of gamblers.