Chino Rheem is batting a thousand at World Poker Tour (WPT) final tables: he’s three for three. And on Friday in San Jose, California, he’ll have an opportunity to make that four for four at the WPT Bay 101 Shooting Star Main Event final table. 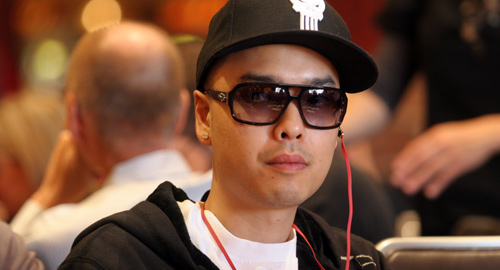 Chino Rheem has a chance to become the first four-time WPT winner ever at Bay 101 Shooting Star when play resumes on Friday in San Jose, California.  (Image: cardplayer.com)

Chino is playing for more than just another WPT title and a seven-figure payday. The California native would become the first four-time winner on the World Poker Tour, surpassing Carlos Mortensen, Darren Elias, Anthony Zinno, and Gus Hansen.

Player of the Year Race Heats Up

Meanwhile, Benjamin Zamani remains in the lead for WPT Player of the Year (POY), but the race is tightening up. Mike Sexton finished 22nd, earning 100 points to move to within 400 points of the leader, with two more events still left on the Season 15 schedule.

Sam Panzica would overtake Sexton for 2nd place if he wins at Bay 101. He enters the final table with 3,215,000 chips (107 big blinds). He is the only one left in the field who is a threat to Zamani’s POY lead.

Panzica won the WPT bestbet Bounty Scramble in Jacksonville for $354,335 earlier this season. This is his second final table appearance on the tour.

Rheem is anything but a lock to win this tournament, even with his out-front chip lead. His competitors are all accomplished poker pros, including Paul Volpe (3,005,000). The New Jersey native has more than $5.5 million in live tournament earnings and is hungry for his first WPT title.

Rainer Kempe is one of the top pros on the high stakes circuit. In 2016, he defeated Fedor Holz heads-up for the Aria Super High Roller Bowl championship. The German took down a $50,000 Aria Super High Roller tournament last week for over $500,000. He is the final bounty remaining in the field, worth $2,500 to the player who busts him.

Anthony Spinella (2,635,000) is making his second WPT final table appearance. He finished 6th at the 2016 L.A. Poker Classic. Dennis Stevermer, a Minnesota native, also has two career WPT cashes, but has yet to win a major poker tournament.

And then there’s David “Chino” Rheem, who has a chance to make history on Friday. All he has to do is hold is keep growing his chip stacks to become the first WPT four-time trophy winner ever.