Down to a Single Ante, Chance Kornuth Spins it Up to Finish Runner-Up in WSOP Event

Chance Kornuth (“BingShui”) pulled off one of the greatest comebacks ever in a WSOP bracelet event on Saturday night. But he was unable to capture the gold, and lost heads-up to Raman Afanasenka (“Acrogum”) in the $600 No-Limit Hold’em Turbo Deepstack 6-Max event. 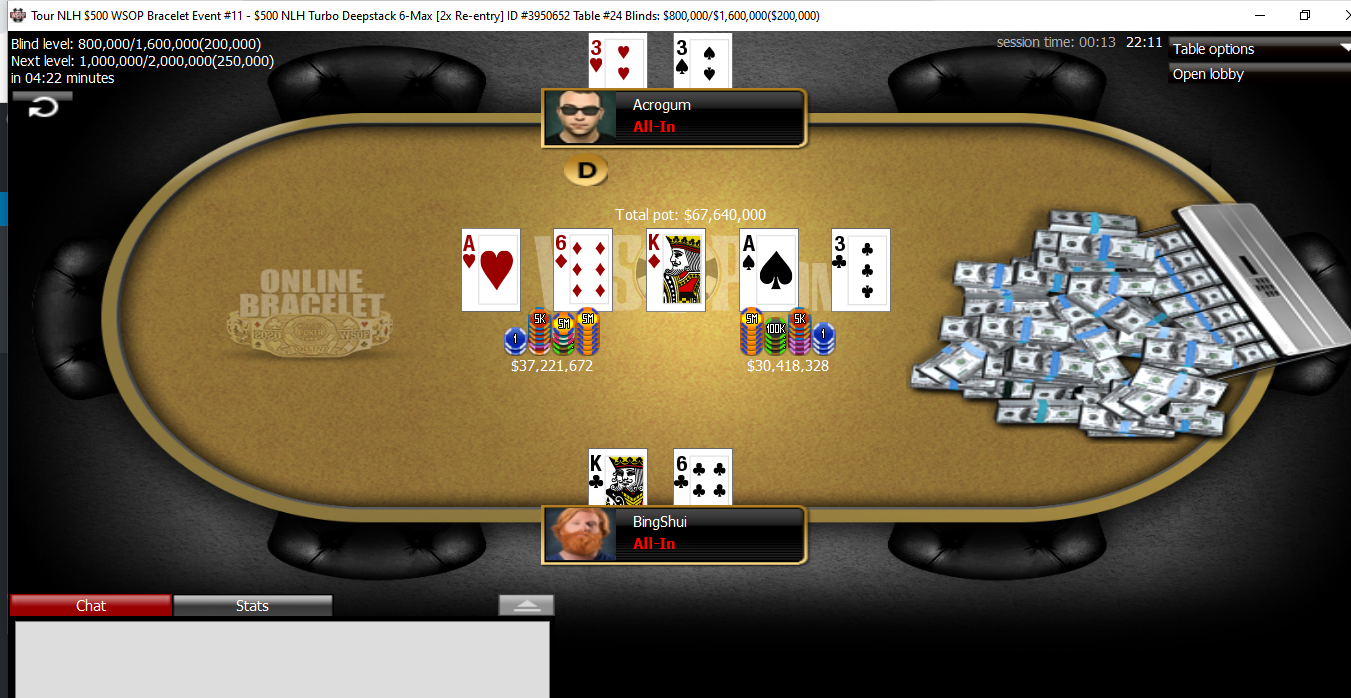 The 11th tournament of the 2020 WSOP Online Bracelet Series lasted just over seven hours. At around 10:15 pm PT, Afanasenka finished it off, winning $128,600, thanks to a fortunate river card.

With the blinds at 800,000/1,600,000, Kornuth moved in for 18 million with K-6 with the shortest stack. His opponent made the call in the big blind with pocket threes. The flop and turn ran out beautifully for Kornuth (A-6-K-A). But the trey on the river ended the $600 online poker tournament.

Chance Kornuth with a Memorable Comeback

Kornuth, already a two-time bracelet winner, may not have won the tournament. But he still pulled off one of the most miraculous comebacks you’ll see for quite some time thanks to a series of lucky hands.

Early in heads-up play, Kornuth actually had a fairly sizable lead over Afanasenka. But he bluffed off a bunch of that stack shortly after with 10-high, doubling up “Acrogum,” who flopped a queen-high flush. It’s tough to bluff an opponent off a big flush in heads-up play.

Kornuth earned $79,290 for second place, which certainly isn’t a bad consolation prize. The Chip Leader Coaching founder won his second bracelet last year in another online event at WSOP.com — $3,200 No-Limit Hold’em High Roller. That World Series of Poker title was worth a $341,599 payday. His first and only live bracelet came in 2010, a $5,000 pot-limit Omaha tournament, good for $508,090.

But despite pulling off an incredible comeback on Saturday, he couldn’t quite seal the deal on his third bracelet. Afanasenka, however, isn’t complaining about that.