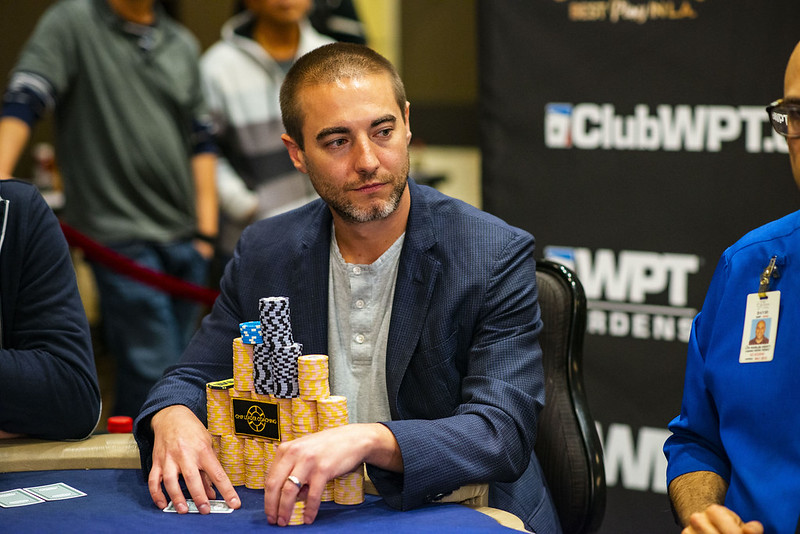 Kornuth and his five opponents will take a nice long break before competing at the final table. The $10,000 buy-in tournament in Los Angeles will shift to Las Vegas’ HyperX Esports Arena at the Luxor for its conclusion on March 31.

The World Poker Tour began moving some of its final tables to Las Vegas last year. Fan turnout was high and the spectators enjoyed the atmosphere inside the Esports arena. As a result, more final tables, including the Gardens Poker Championship, will take place in Sin City.

Last year’s $10,000 Gardens event had quite a lively final table crowd in Las Vegas. Frank “The Tank” Stepuchin, a crowd favorite, won it for $548,825. Stepuchin nearly went wire-to-wire. He led after the Day 1A session, and then again after Days 3 and 4 leading up to the final table. Ray Qartomy, who bagged the biggest stack on Day 1 overall (1B), also made the final table, but was eliminated in fifth place ($144,595).

Kornuth has reached a WPT final table before at the 2014 Seminole Hard Rock Poker Showdown, but he busted that event in sixth place for $247,954. He’ll be looking for an even bigger score when the Gardens Poker Championship final table kicks off on March 31.

Kornuth holds the chip lead with six remaining players — all of whom are guaranteed at least $111,795. The tournament, held at Gardens Casino in Los Angeles, had 257 entries.

The winner in this prestigious event will take home $554,495. Kornuth won’t be the only player hoping to win his first WPT title in March, as none of the other players at the final table have a WPT title on their resume.