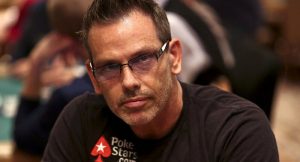 The second annual Chad Brown Memorial Poker Tournament will be held on July 2 at Planet Hollywood Resort & Casino in Las Vegas to commemorate the poker pro who passed away in 2014.

Following a three-year battle with liposarcoma cancer, Brown died on July 2 aged 52; however, days before he passed away, the WSOP decided to bestow on him the ultimate accolade for a poker player: a WSOP bracelet.

A Tribute from the Poker Community

To date the award is the only honorary bracelet and was seen as an acknowledgement of Brown’s many years of tireless service to the poker community.

Aside from being a highly accomplished player with more than $3.5 million in tournament earnings, the man known as “Downtown” also worked as a commentator, PokerStars’ pro and advocate for poker on various TV shows.

In fact, part of Brown’s presence in the media came courtesy of his acting and amateur baseball careers. Before taking up the game in a professional capacity, Brown was an aspiring baseball player who had his career cut short due to injury.

After failing to turn pro, Brown took up acting and had a number of TV roles before he found his true calling: poker.

After notching up his first Hendon Mob entry in 1993, Brown went on to win a number of smaller events and score a plethora of six-figure cashes at the WSOP.

Unfortunately, however, his time at the felt began to slowly decrease as his cancer progressed and, despite some brief appearances, he was unable to make it to the 2014 WSOP.

Although he may not have achieved as much as he wanted to in poker, Brown is remembered fondly by those who knew him and many of the game’s finest will be in attendance for his memorial event on July 2.

Hosting the action will be poker player and presenter Maria Ho, and she’ll be joined by a selection of poker luminaries and poker playing celebrities for an evening of reminiscing, poker and, more importantly, raising money for the T.J. Martell Foundation for Leukemia, Cancer & AIDS Research.

“Chad touched so many so deeply and this is a way to keep his memory alive. I am thrilled to be helping an important cause that is dedicated to supporting sarcoma research. This annual event will always be a celebration of Chad’s life,” commented Ho.

As well as helping to raise money for charity, the top finishers in the event will be able to win a selection of prizes, including a seat in the 2015 WSOP Main Event and the 2016 PokerStars Caribbean Adventure Main Event.

One player who won’t be in attendance, however, is Vanessa Rousso. The former partner of Brown, Rousso is currently taking part in the latest series of Big Brother US and will be locked in a house filled with TV cameras when the event gets underway.