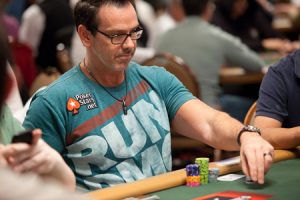 Chad Brown playing poker at the WSOP in 2010 (Image: PokerStars)

Chad Brown endured a long and bitter battle with cancer, a rare form called liposarcoma, which ultimately took his life in the early morning hours of July 2, 2014. He was 52 years old.

Brown was surrounded by friends and family in the Bronx, New York. After multiple attempts at chemotherapy and mainstream medical attempts to curb the cancer, Brown traveled to Mexico to give alternative medicine a try. The cancer was too aggressive, however, and he recently settled in with hospice care to rest and find peace.

Chad Brown was born on August 13, 1961 in Manhattan, and grew up in the Bronx. Though he learned poker in Italian cafes there and went on to play in private games in New York, poker was a pastime, while acting was his passion.

After schooling, he worked in various acting jobs, including hosting pageants, but he moved to Los Angeles in the early 1990s to expand his résumé. He did obtain some movie roles there, such as Miami Hustle, and he took minor roles on various television shows as well. He had the voice and presence for game shows and was cast on one called Caesars Challenge in 1993. He then hosted the Ultimate Poker Challenge years later, all the while having played cash games in Southern California card rooms and home games to support his acting pursuits.

Brown’s poker game improved as he commentated for shows like the Ultimate Poker Challenge. Instead of the occasional cash game, he decided to pursue the game on a more serious level and eventually got into tournaments as well. In 1993, he put up his first major scores, such as finishing 11th in a World Series of Poker tournament and making a deep run in the California State Poker Championship.

During most of the 1990s, Brown flirted with poker, but took a break from the game to move to Florida and help a friend in a business venture, but that company’s failure led Brown back to Los Angeles. Acting remained a passion, but poker became very important in his life as well.

The World Poker Tour and European Poker Tour were also favorite places for Brown to exhibit his tournament skills, and he had many big finishes on both tours. The best finish was in 2006 at the EPT London Main Event, where he finished fifth and Victoria Coren went on to win her historic first EPT title.

All in all, Brown accumulated more than $3.6 million in live tournaments, in addition to quite a few big tournament scores playing online poker. The latter brought him together with PokerStars as a member of their famous team, and he represented Team PokerStars Pro around the world at various poker events.

Nary a Negative Word

Brown was known for many things, most famously in the poker industry for his love and respect for the game. Players from all walks of life and bankrolls enjoyed Brown’s presence at the tables. His friendliness was noticed by all, and his ability to stay positive and hopeful about poker and life made a distinct impression on those who knew him.

Once married to fellow poker pro Vanessa Rousso, Brown was divorced before his battle with cancer became serious and eventually dire, though the two remained close friends. 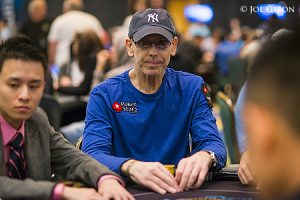 In February 2014, Brown wrote a blog post for PokerStars that included a picture of the once-muscular Brown in seemingly deteriorating health. But his words told a more positive story. “But because the bowel obstruction has caused me to lose a lot of weight,” he wrote, “it perhaps gave the appearance of me being more sick than I am.”

He went on to note that his “body isn’t as strong as it once was,” but his “brain is still operating at a high poker level.” Brown noted, “The way that I’ve been handling this and continue to handle this is to view the situation like a poker hand. There are only so many correct plays that you can make, and you can make the best play and still lose. If that winds up being the case, I’ll be okay with it, because I’ll know I did everything I could do to give myself the best shot.”

Even further, Brown’s positive nature shone through: “We all have a choice when it comes to how we want to feel about what’s going on in our lives. If you want to feel like a victim, that’s your choice. I choose not to. I don’t feel like a victim. I feel very blessed with the life that I’ve had, regardless of what happens. I’ve never been depressed about this at all.” And yet further: “this is just part of life and I’m okay with everything. I accept it. And right now I’m just looking forward to the next hand.”

As friends and family began to let the poker community know last week that Brown’s health was significantly declining and nearing an end, the WSOP did something special. Brown was awarded an honorary WSOP gold bracelet, one that was shipped overnight to him so that he could have the chance to see it and wear it, which he did.

The outpouring of love, respect, and gratitude to and for Chad Brown has been flowing on social media and through messages to him and his family for weeks. The poker community will miss him.

OMG this is so sad , He was a great player and a great Ambassador. We will miss you chad

Chad will be missed. Great player.