CardsChat Interview: MSPT Player of the Year Chris Meyers Credits Faith and Discipline for His Comeback

Chris Meyers nearly quit poker a year ago. He was tired of the grind with little to nothing to show for it. But thanks to a friend, Meyers decided to give it one more shot, and now he’s the Kimo Sabe Mezcal MSPT Season 8 Player of the Year. This is his story. 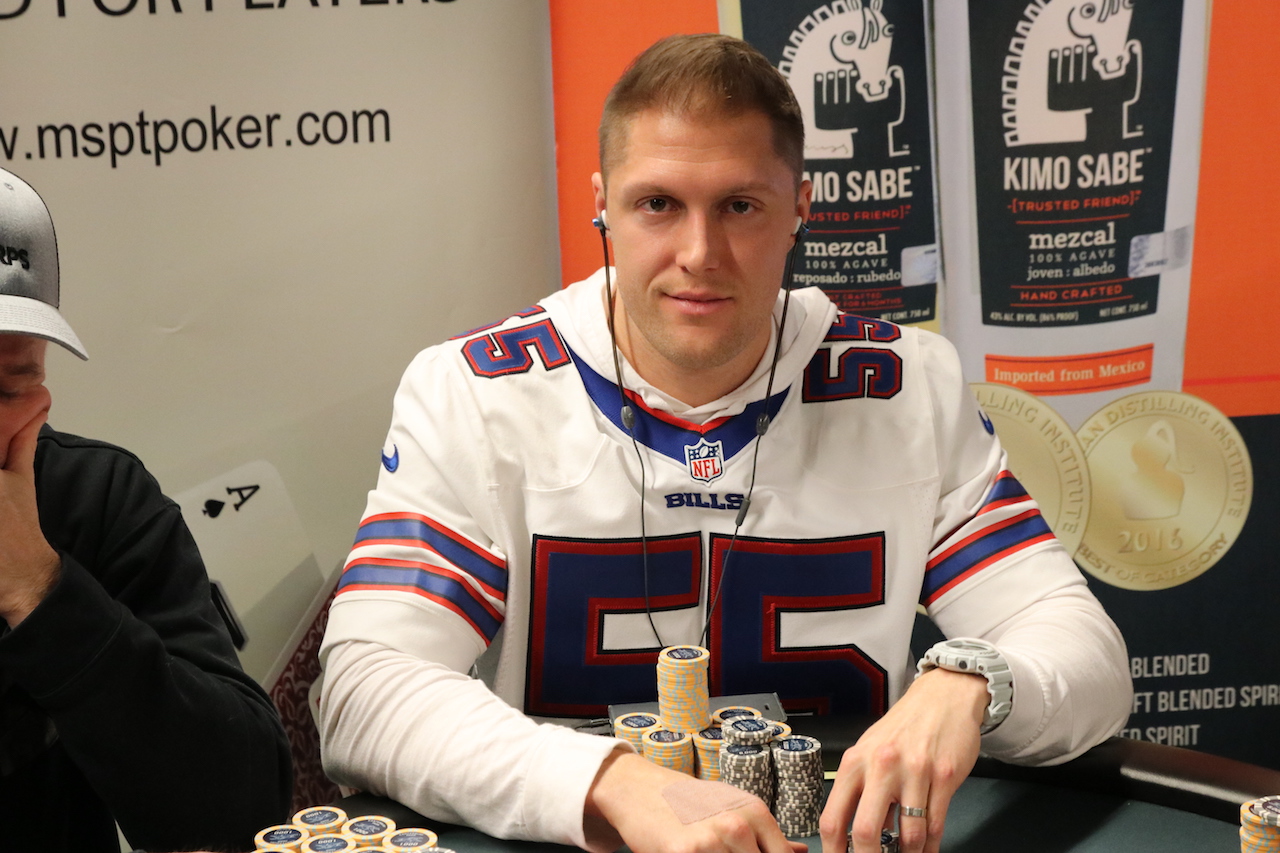 Chris Meyers is known as “Jersey Chris” in his home casino Seneca Niagara due to his vast collection of sports jerseys, which number in the hundreds. (Image: MSPT)

Meyers, who lives in Buffalo, New York, was playing a $570 buy-in event at Turning Stone’s Empire State Hold’em Championship in August 2016, which is when he was giving serious consideration to leaving poker. 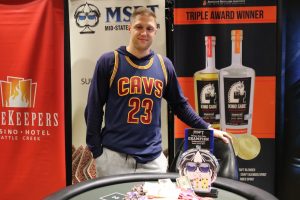 “On the Day 2 dinner break, I told my friends that I was thinking about exiting poker as a career,” 36-year-old Chris Meyers explained. “My friend, Veerab Zakarian, who is the most confident kid I know, looked at me and told me to give it one more year. I went on to chop that tournament heads up and here we are one year later.”

Indeed, Meyers earned $6,035 for finishing second in that tournament. In the year that followed, he notched four cashes on the MSPT including a fifth-place finish out of 1,066 entries — then a Michigan state record — in the MSPT FireKeepers for $42,333. Five months later, he returned to the venue and topped a record field of 1,067 entries to win the 2017 MSPT Michigan State Poker Championship for $191,196.

His third cash, which was $2,375 for finishing in 62nd place, came in the 2017 MSPT Wisconsin State Poker Championship at Potawatomi Hotel & Casino, and his final one when he took 15th place for $5,721 in December’s MSPT Season 8 finale at Canterbury Park. All told, he amassed 3,750 points to win the Kimo Sabe Mezcal MSPT Season 8 Player of the Year for a $10K prize package and his picture on the cover of MSPT Magazine.

Growing up, Meyers learned to play poker with friends. Around the time the “Poker Boom” hit, Meyers discovered online poker and before long, he ran up a respectable bankroll. However, he soon experienced the roller-coaster ride that is poker. Those highs and lows, coupled with some consequences catching up to him, saw Meyers’ life take an unexpected turn.

“I had a troubled childhood you could say,” Meyers explains. “I was in some detention homes, definitely not close to the life I live now … I got in trouble with the law, and ended up going to jail for a year and a half. When I got home, all I had was $5,000 in my PokerStars account. The life I lived before was behind me — I’m never going back to that — but poker was still there.”

Upon his release in 2009, Meyers turned his life around. He stopped flirting with the law, married his longtime girlfriend, and decided to take poker more seriously. He grinded out a living, but then April 15, 2011, hit.

“I was a winning player for a while online,” says Meyers. “I had my up and downs, and then Black Friday happened. I started playing live, but had to go find work. I got back to it seriously again in 2013.”

Living just a short drive from the Canadian border, Meyers contemplated heading north to continue his online endeavors. However, given Canada’s strict border-crossing requirements and his checkered past, he thought better of it.

Instead, he decided to turn his attention to live cash games. In 2016, he added tournaments to his schedule and wound up making $174,059, including the $28,396 in the aforementioned event at Turning Stone.

All told, Meyers won a career-high $508,463 playing tournament poker in 2017, although he hopes to beat that this year. He plans on playing a full schedule at the 2018 WSOP, including some $10K and $25Ks thanks to investors.

When asked what factors have allowed him to find success, Chris Meyers snaps off three — God, healthy living, and his wife.

“The foundation of my life, any accomplishment, any success including the POY, is a direct result of my relationship with Jesus Christ and my foundation of the Bible and church,” said Meyers. “Everything comes from that. It’s by the grace of God I’m where I’m at considering the mistakes I’ve made in my life and that I have the opportunity to play poker professionally.”

As for healthy living, for Meyers it’s both mental and physical.

“The biggest difference between poker for me now and then is the mental game,” he offered. “That’s led to me developing so much more discipline in my life in general, including poker. I was just playing too long and making poor decisions.”

He continued: “Being healthy starts with discipline and good habits. I need that, I need structure in my life, and it directly contributes to my poker success. Healthy living in number two for any success that I have.”

Finally, Chris Meyers admitted he couldn’t have done it without his loving wife, who is often the one to provide him that much-needed structure.

“I’ve always been the risk taker and she’s always been the responsible one,” he said of his wife, a bank manager who shies away from playing poker. “She’s proud of me in a quiet way. She’s very conservative. She keeps me in check, she doesn’t want me to get a big head. It’s great because I need that.”

As for the MSPT stop he’s most looking forward to in Season 9, that’s easy.

“I felt something special about FireKeepers the first time I went there,” he said with a smile. “There’s something about that place. It felt like a good one. Things just sort of work out sometimes. It’s kind of surreal to be honest.

Very inspiring article. How close are all those who play poker, these roller coaster in the situation with the bankroll))) And the fact that Chris Meyers stayed afloat after the problems with the law, continues to play and win, and also met the girl who became his support, it’s all helps to look to the future with a positive. Forward Chris, never give up! )))

A nice story to tell my wife about, now she will not ask me again for what I am spending my time reading articles about poker and what I would win!