Poker players backing other poker players in staking deals is commonplace in the game, as are disagreements stemming from those deals. But rarely do those disagreements get aired as publicly and bitterly as they did this week when Cate Hall went public about her beef with a disgruntled backer. 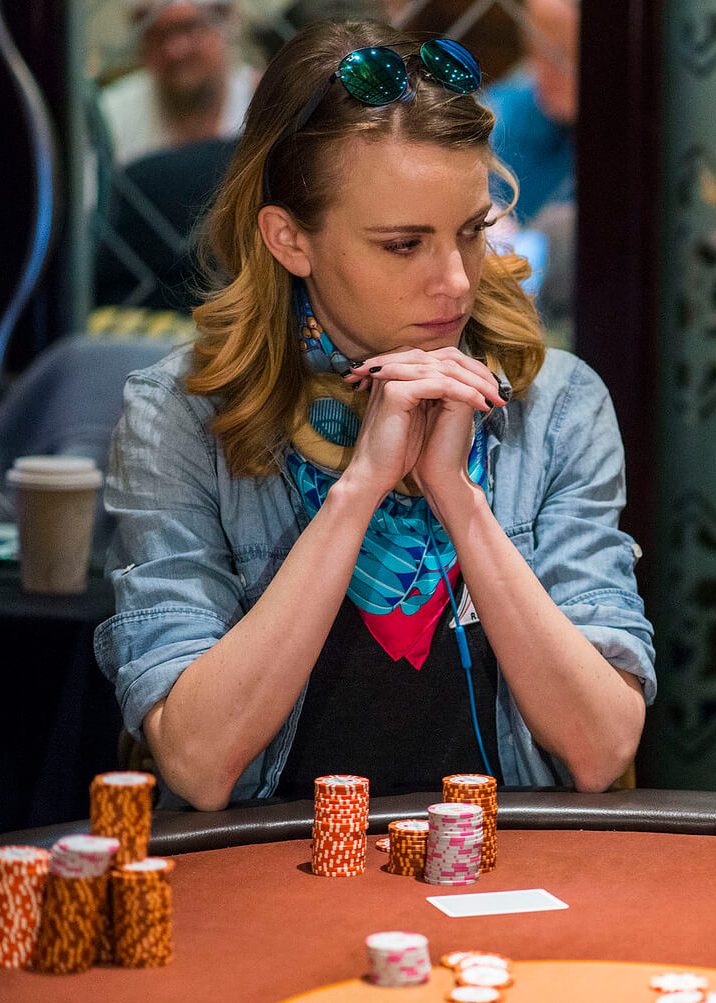 Hall, a poker pro with nearly $1.1 million in live earnings to her name, fired off a flurry of tweets this week defending her part in a staking deal with fellow pro Chad Power.

While stopping short of calling it extortion, she did describe Power’s actions in trying to recover his losses as “extortion adjacent.”

Hall says that about a year ago, she and Power came to an agreement where he would stake her in mid-stakes cash games in the Washington, DC, area. The 35-year-old went on to lose $60,000, but says the terms of the deal did not require her to pay back the loss.

Power disagrees, and that’s when things took a turn towards public ugliness.

According to Hall, the two met with an arbitrator to settle their differences, and entered into an binding agreement after the arbitrator decided in her favor that the terms of their agreement didn’t require her to pay back her losses.

Hall then goes further, accusing Power of “strong arming” her into paying back the full amount, despite the arbitrator’s ruling.

“He says that unless I pay him the full amount of the makeup, he will publicly drag me as a scammer,” writes Hall in another Twitter post. “It’s been awhile since I practiced law, but if that’s not outright extortion, it’s at least extortion adjacent.”

In a post on the Two Plus Two forum, Power insists that the terms of the deal were such that Hall was required to pay back the full amount of her losses. However, he concedes that he has no proof that such a deal was struck.

Horse Is a Horse, of Course?

The two sides were able to find some common ground on one point — that Hall was a bad horse to back.

In staking deals, the party who receives the money to play with is referred to as a “horse.” And Hall concedes that she was a bad bet, considering the mental struggles she was going through at the time.

“One thing Chad said merits further attention: I was a (exploitative) horse,” writes Hall. “I entered into a spiritual and mental health crisis a year ago and have played little poker since.”

For his part, Power denies any claims of extortion and says that, contrary to Hall’s social media posts, he’s agreed to the arbitrator’s ruling.

So far I have not much knowledge about staking. But for me it sounds somehow strange, that she has to give back to him all her losses. Shouldn’t he not also bear some part of the risk?
Nevertheless, in my opinion it is not nice, that they fight about this issue in social media.
They harm each other and their reputations by doing this. If there is such a problem they should solve it privately or with their lawyers…

Where is this world going if so many people are excited by someone’s life and identify with the pale life of celebrities? It is important for them how much who earned what he spent on make-up, for shoes and what he bought a bag and what he cooked. Then they go for 12 hours to work with dreams of buying what their favorite celebrity is wearing! It’s people who really promote such crap. Many people prefer to live the life of celebrities and their successes and failures of ordinary people, instead of simply trying to live their lives best. All these celebrity actions in social media in the details of his private life are artificial and bizarre to me!