Like many medical and scientific professionals, UNLV epidemiologist Brian Labus is hesitant to speak in absolutes. But he is certain that Las Vegas poker rooms will have a difficult time preventing the spread of the coronavirus, regardless of limits to the number of people allowed at a table or any plexiglass barriers. 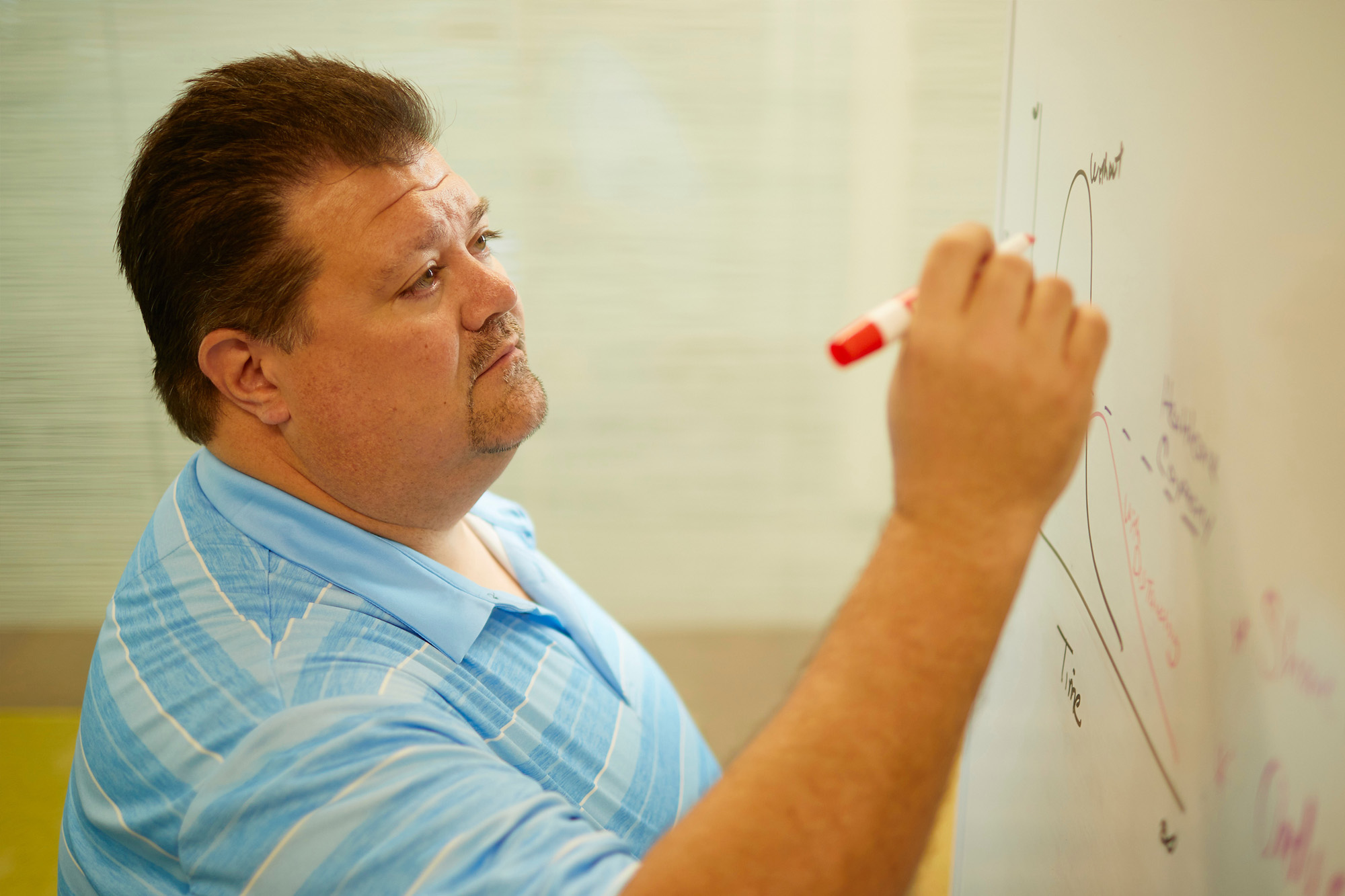 The Nevada Gaming Control Board recently approved reopening guidelines for 31 Las Vegas cardrooms, which include, most notably, limiting poker tables to a maximum of four players.

CardsChat News spoke with Labus by phone and the assistant professor of epidemiology and biostatistics at UNLV’s School of Public Health said he isn’t convinced casinos in Nevada will open soon — despite internet rumors suggesting some Las Vegas casinos could reopen as early as Memorial Day Weekend.

Labus is an expert on communicable disease surveillance, disease epidemiology, and outbreak investigation. In March, Nevada Gov. Steve Sisolak selected him to serve on a five-member task force advising on the scientific aspects of the COVID-19 pandemic.

For poker players itching to get back to the felt, Labus shared some sobering realities.

Late Thursday night, the NGCB released guidelines for casinos that wanted to reopen restaurants to build on Sisolak’s Phase One reopening plan. For the time being, eating establishments attached to casinos will be allowed to open only if they have a separate entrance and dining rooms operate at less than 50% capacity.

Even if some casinos do open soon, Labus says, he’s concerned that some of the recommended safety protocols won’t be particularly effective, especially for a game like poker.

While limiting cardroom capacity, adding hand sanitizer stations, and aggressive cleaning of poker chips and chairs can help reduce some risk, Labus says, the nature of coronavirus won’t allow it to be contained.

“You can’t stop the virus from spreading in a poker room,” Labus says.  “Nothing is going to completely prevent the spread.”

Labus says that table restrictions sanitation procedures can help will help minimize the spread, but nothing can completely prevent it, especially considering the length of time poker players spend  in a room together. However, he agrees that the gaming board’s restrictions could help minimize the potential for harm.

Although Nevada’s confirmed cases (approximately 6,500 as of Friday, 331 deaths) are relatively low for a population of 3 million, Labus reminds us that tourists coming from states or countries where COVID-19 isn’t under control could lead to further spread of the virus across Las Vegas.

Calculating Risk at the Table

According to Labus, passing chips and cards around isn’t a particular threat for unleashing a massive COVID-19 outbreak. Instead, he argues the virus is more likely to spread through players coughing and breathing the same shared air — and that’s why there’s little poker rooms can do to stop it.

When asked about new plexiglass dividers that some poker rooms around the country are trying out, he said he didn’t think they would be effective from a public health standpoint, beyond giving players an artificial sense of security.

The 2020 World Series of Poker was, unsurprisingly, “postponed” due to COVID-19. Executive Director Ty Stewart, one of the last few WSOP employees not furloughed, said the annual open poker extravaganza could still happen in the fall.

That was before the NGCB instituted its 4-max requirement for reopening. It’s hard to imagine how the WSOP could operate effectively or profitably without gaming regulators lifting that restriction. At present, there’s no timeline for when more players would be allowed back at the tables.

“It’s really hard to say what’s going to happen,” Labus said . “We have no way of predicting exactly how this virus is going to behave in the fall.”

Like most public health experts, the UNLV professor won’t make definitive predictions about what’s going to happen with coronavirus.

So-called herd immunity — resistance to the spread of a contagious disease within a population that results if a sufficiently high proportion of individuals becoming immune to the disease — has been a hot topic of discussion on social media. With unemployment reaching Great Depression levels, many in the public are willing to take their chances so they can get back to work.

Plenty of non-health experts argue that if the US reaches herd immunity, the virus will no longer be harmful. That would be good news for fans of the WSOP, if true.

There’s only one problem with that theory. “We don’t know if you get immune to the virus after becoming infected,” Labus says. “We know you get a short-term immunity, but it’s unclear if you get a permanent immunity.”

So are individual poker rooms any different than large cavernous halls like the Pavilion and Amazon rooms at the Rio Convention Center?

“The risk to the players in a particular game is the same at the final table of the WSOP as it is in a small poker room on the Strip,” Labus explains. “It doesn’t matter how big the room is if you have people all packed together at tables. It’s really about density.”

Thus, the WSOP poses more of a risk sheerly due to the number of people who attend, presuming they draw more than a few dozen participants.

“If a sick person is at the WSOP, they could infect a lot more people than in a small poker room,” Labus says. “The risk might be the same at a given table, but there are just a lot more tables that could start an outbreak.”

We all miss poker but we want to be safe. Great article, I just think we all need to give it time … I feel 2020 is not going to have poker … I also believe Casino must have no smoking through out . If your a smoker you need to go outside take off your mask and smoke.. Until we get a vaccine …

Have you been shopping lately? I have more close contact with shoppers than I ever did at a poker table. Why do you hate poker?

Your home games don’t count sir. Try playing at a casino especially a large casino with a large poker room. People pack themselves into a small room to play poker for hours. The author doesn’t hate poker…

Yes he does! Why is he targeting poker? Craps tables, bars, pools get way more crowded than poker tables, so why is he not attacking the craps game or the casino’s, because “he argues the virus is more likely to spread through players coughing and breathing the same shared air” . The entire World Faces the Impossible Challenge of Preventing Virus Spread, not just poker! For the record Mr. Jassumption, I don’t have a home game and not all large casino rooms are small and crowded. He’s attacking 1000’s of peoples future income and apparently not yours. Put your mask on get your vaccine and stay out of a casino because you’ll be breathing those sick players air.

He is interviewing the epidemiologist about poker because this is a poker website. And, poker seems to be the most difficult situation to find a sustainable working solution for.

You might come into close contact with people while you shop. But when you play poker you sit there next to potentially infectious people for hours – and are still in pretty close contact.

You never caught a cold or the flu while playing poker? Ok – maybe you don’t play that much.

Another big issue is keeping dealers safe from infection. They are in close contact with a lot of different players for approximately 8-hours each day. Nobody should have to risk their life to put food on their family’s table.

We all miss live poker. Be patient and let them come up with a good solution.

The only solution is “Let them Play” 9-10 grown men & women agree and want to play poker! The Reason they can’t is the liabilities the government has put on this Virus. Any other time, if you caught a virus at a poker table “YOU” were liable.

Dealers could wear hazmat suits. Poker & table games are identical. You touch the cards and chips. My casino has not washed chips in years!! Now, the’ll be so clean, you won’t be able to see what denomination they are, you go by color! lol

It’s like so weird that a writer on a poker news website would interview an epidemiologist to specifically discuss poker. Totally weird.

Like when I go to ESPN.com, I can’t believe all they do is talk about sports. Or if I turn on Fox News, it’s really surprising they’re talking about politics. Why doesn’t Fox News have a cooking show????