Carl Icahn, the man who’s been in a bit of hot water in New Jersey over his handling of his reopening plans for the Trump Taj Mahal in Atlantic City, is rumored to be on the short list for a “special advisor” position when it comes to federal regulations. Rumors have now surfaced that the real estate mogul plans to simply sell off the Taj and wash his hands of the casino, which has been a regulatory headache for him from the get-go. 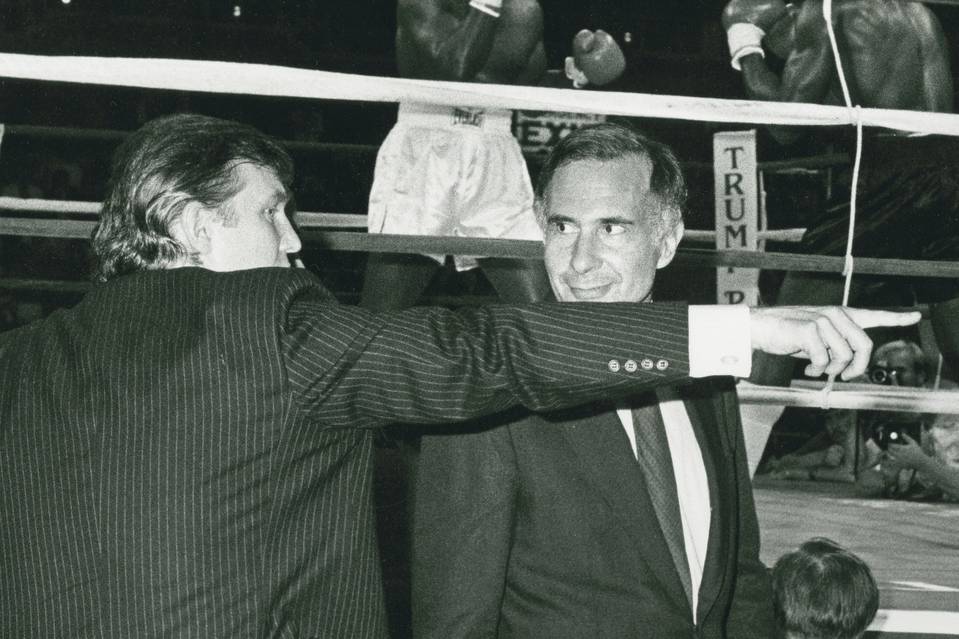 Ironically, Icahn is just this week the target of a new Garden State bill, Senate Bill 2575, which would forbid those who purchase casino properties from reopening them for five years if they refuse to honor existing labor contracts. The measure has already passed through the state’s House and Senate, and only awaits Governor Chris Christie’s John Hancock now.

The six-degrees-of-separation-ess of it all is hard to miss, with Icahn, Trump, and Christie all intertwined on various levels.

The news broke on Wednesday, even as the American Gaming Association (AGA), the industry’s top lobbying group, has approached President-elect Donald Trump on this very issue.

Penning a letter to the Republican leader, the AGA has asked for fewer regulations, as well as reforms that would not only lower taxes on gaming operators, but help to fight back against illegal gambling operators. A crackdown on unregulated offshore sites would certainly benefit the legal online poker industry, and this is an argument that the another lobbying group, the Poker Players Alliance (PPA) has used in the past.

Icahn and Trump go back decades together, and the billionaire investor Icahn is said to be helping to select the incoming Securities and Exchange Commission (SEC) chair as well. And Icahn reportedly was decisive in suggesting former Goldman Sachs partner Steven Mnuchin for the Treasury Secretary and fellow billionaire investor Wilbur Ross for the Commerce Secretary roles, both of which were secured.

The Icahn appointment could well play perfectly into the AGA’s wishes to have less stringent oversight of legal US-facing internet sites, well cracking down more heavily on those that are not operating under the auspices of the law. That vision could well tie in to Trump’s declared stance to make it easier to do business stateside, while creating more repercussions for companies that move out of the country (albeit not illegally, of course).

For many experts, the best way to ensure players are protected and illegal operators aren’t profiting from US citizens is to regulate the industry. Doing this would ensure that the government has some control over which operators get a license and, more importantly, how they handle player funds.

As well as cracking down on illegal operators, the AGA wants Trump to review federal policies that have, in its opinion, been a waste of money over the last few years.

“While most gaming public policies are administered at the state level, the federal government plays an important role in the success of the casino gaming industry. In recent years, federal agencies have frequently considered and/or adopted unnecessary, costly and often counter-productive regulations,” wrote the AGA.

Make Sports Betting Available for Everyone

In addition to calling for less regulation and policy reform, the AGA wants to repeal the anti-sports betting law currently in place across the US. As it stands, sports betting is only permitted in Nevada, Oregon, Delaware, and Montana, but the lobbying group wants Trump to open up the industry to everyone.

“Rather than setting the standard, the United States is on par with Russia and China, having forced a groundswell of black-market gambling by prohibiting the popular pastime of sports betting,” the AGA said in its letter to Trump.

This argument could well strike a chord with Trump, who championed the phrase “make American great again” throughout his presidential campaign.

Naturally, Trump will have a mountain of issues to deal with before he even considers the topic of gambling. But, given his track record and the way America is behind the curve compared to other nations, he may be receptive to the AGA’s recent letter.

Certainly the appointment of gambling industry investor Icahn would be a step in the right direction.

It is still an amazing idea that in the land of the free, it is only legal to gamble on sports in four states.