The reward, worth $30,000, gives the poker player a free trip to the Bahamas in January and a $25,000 entry into the $8 million guaranteed PokerStars Players Championship. 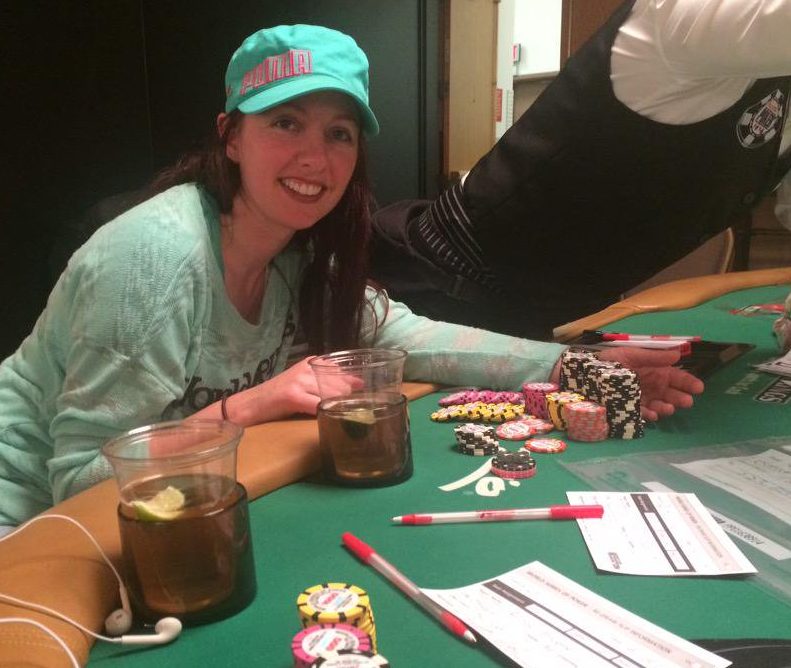 “Missjacki,” as she’s known to forum members, now has an opportunity to potentially win life-changing money. First place in the first ever PSPC will pay at least $1 million. Maybe even more depending on how many players enter.

Konnikova received 86 submissions from women telling their poker stories. She narrowed the field down to six finalists who inspired her the most earlier in the month. And then on Sunday, she had some good news for our forum poster.

“The winner of the My Poker Story Platinum Pass Challenge is Jacki Burkhart,” she said in a Twitter video.

Burkhart’s submission, “Shuffle Up and Deal,” told her story about playing poker with the family and her mother’s struggle with Alzheimer’s disease.

Alzheimer’s is an incurable disease that progressively destroys memory and other important mental functions. More than five million people in the US live with the disease, including half of those 85 and over.

Although there is no cure for Alzheimer’s, as Jacki mentioned in her story, preventing the disease is possible by doing things such as exercise and “keeping the mind active and challenged.”

“I believe poker is the perfect type of challenge to help my mind stay sharp,” she wrote. “And it is a hobby that can stay with me a lifetime.”

A trip to the Bahamas will also stay with her a lifetime. Especially if she wins life-changing money. But she isn’t going to be playing only for herself.

Burkhart announced on Twitter she will donate 10 percent of her winnings to the Alzheimer’s Association. And she will give another one percent to each of the other five finalists.

The PokerStars Players Championship, $25,000 buy-in tournament, begins Jan. 6 in the Bahamas. Many, if not most of the entrants won’t pay a dime to get in.

Throughout the year, PokerStars’ ambassadors, including Konnikova, are awarding a total of 300 Platinum Passes. These passes are valued at $30,000, and include a tournament buy-in and $5,000 for travel expenses.

Daniel Negreanu, used one of his passes to help raise money for a good cause. Kid Poker will select the poker player who wants to play for the most worthy charity. The contest winner will donate 50 percent of any PSPC winnings to charity and take home the rest.

CardsChat ambassador Jeff Gross, also a PokerStars Team Pro member, helped judge a “Vlogger in Paradise” contest with Bill Perkins and Andrew Neeme to award a Platinum Pass, too. The person who created the best vlog video shipped the $30,000 prize.

Poker players can also win Platinum Passes at Moneymaker Tour stops all over the US throughout the year from Chris Moneymaker. All you have to do is win an $86 buy-in tournament.

These winners, and others, will join CardsChat forum member Jacki Burkhart in the Bahamas in January for the first ever PSPC.

Study this its Phil Galfonds coaching videos from his coaching site, ignore the Ryan Fee stuff.