Ryan Laplante is seeking his first WPT title and will have that opportunity on Friday at the final table of the $10,000 Aria Summer Championship. The Cardschat ambassador is one of six remaining players, three of whom are Champions Club members, with Matthew Wantman holding the chip lead. 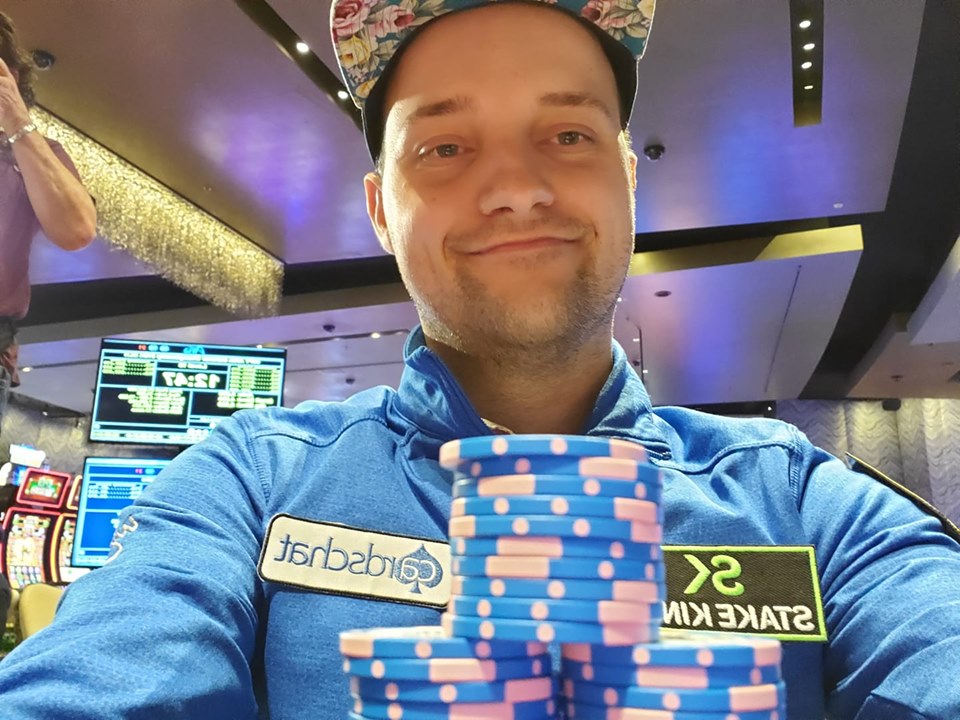 Noah Schwartz, who was seeking his third World Poker Tour title, bubbled the final table. He got it all in with A-J against Wantman’s pocket rockets and couldn’t suck out. As a consolation prize, however, he $69,230 for his efforts and now has over $5.7 million in live tournament earnings.

Another Deep Run for Ryan Laplante

Laplante, a 2016 bracelet winner and poker coach, is about to begin his grueling 2019 WSOP journey. But before he hops into action over at the Rio, he’s in the midst of an impressive run at the Aria.

The Minnesota native has his work cut out for him on Friday, however. He’s the only player at the final table who isn’t deep as he has only 18 big blinds. But he isn’t yet in shove-or-fold mode and is just one double up away from moving into safer territory. And two double ups away from being among the chip leaders.

Laplante will need more than just luck to run it up at the final table. He’s facing five other talented players, including chip leader Matthew Wantman who has over 200 big blinds and $1.5 million in career earnings.

In second place is Art Papazyan, a regular on “Live at the Bike” and former WPT Player of the Year. With well over 100 big blinds and proven experience closing out major tournaments – he’s a two-time World Poker Tour champion – he certainly won’t be an easy opponent.

Kevin Eyster is the other Champions Club member at the final table. He’s fifth in chips with 36 big blinds. Like Papazyan, he has two WPT titles with his last one coming in the 2015 Five Diamond World Poker Classic at Bellagio for over $1.5 million.

And if we haven’t made Laplante’s task of coming from behind the win difficult enough, we haven’t even mentioned the most accomplished tournament player at the table. PokerStars Team Pro member Igor Kurganov, who has over $17 million in career earnings, will enter the final table with 88 big blinds.

The winner, who will be crowned on Friday, will take home $443,475. For Lapante, it would be his biggest cash ever. Each of the remaining six players are guaranteed at least $89,685.

Play resumes at noon PT on Friday. There will not be a live stream available.

How awesome! Let’s do this, Ryan!

Good luck Ryan. You can do it.