Everybody loves big tournaments and prize pools. But exciting poker takes place at all levels, all around the world, live and online. Here’s a smattering of notable victories, hand selected by our CardsChat News team, for the week ending Saturday, Feb. 13, 2021: 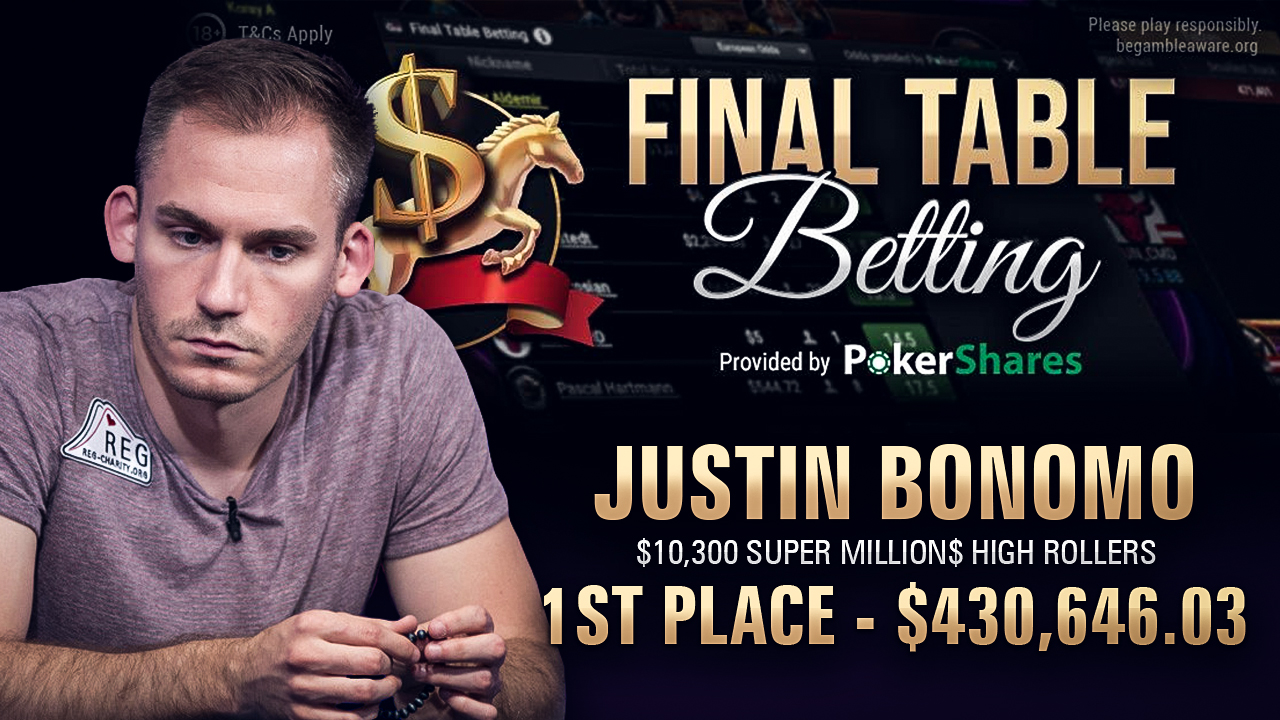 Bonomo, who currently ranks second all-time on the money list of winningest players, added $430,646 to his bankroll by winning the weekly $10,300 Super Millions on GGPoker, besting a field of 213. The likely future Poker Hall of Famer outlasted a tough final table that included fellow high-stakes superstar Nick Petrangelo. GGPoker’s Sunday Millions tourney has been running for nearly nine months now, and in 15 appearances, Bonomo has cashed four times, including a third-place finish in November. 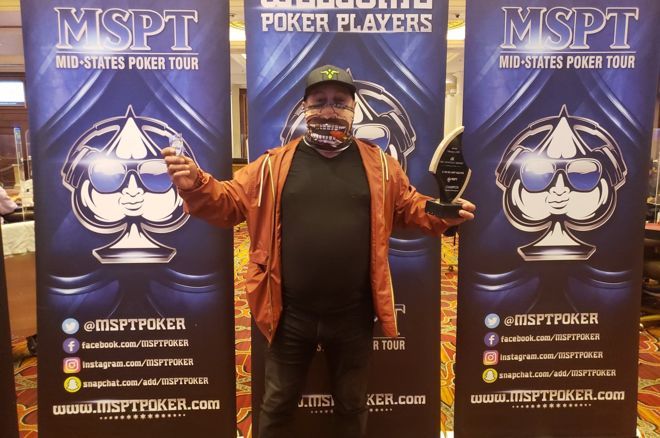 The Mid-States Poker Tour rolled into Las Vegas for their annual $1,100 buy-in Super Bowl weekend event and drew 908 entries, split over two Day 1s. On Day 2, Oshana, a mechanical engineer and low-stakes reg at Bay 101 in San Jose, California, muscled his way through a 15-hour marathon in a field littered with pros. Thanks in part to his busting out poker pro and coach Tim Reilly with KK > AA, Oshana entered the final table as the clear big stack and continued to bully everyone around him.  Eventually, the final four settled on a deal, with Oshana, who previously had just $21k on his Hendon Mob resume, taking the title and the largest share of the prize-pool.

The Amateur Poker Association & Tour wrapped up its inaugural micro-stakes WCOAP online series, designed for recreational players who don’t make their sole income from poker, with a $109 main event. Blye, a Canadian “amateur,” beat 1,750 other players to take the title. He has 33 previous cashes for more than $263k in live and online earnings, but this was his first tournament victory. 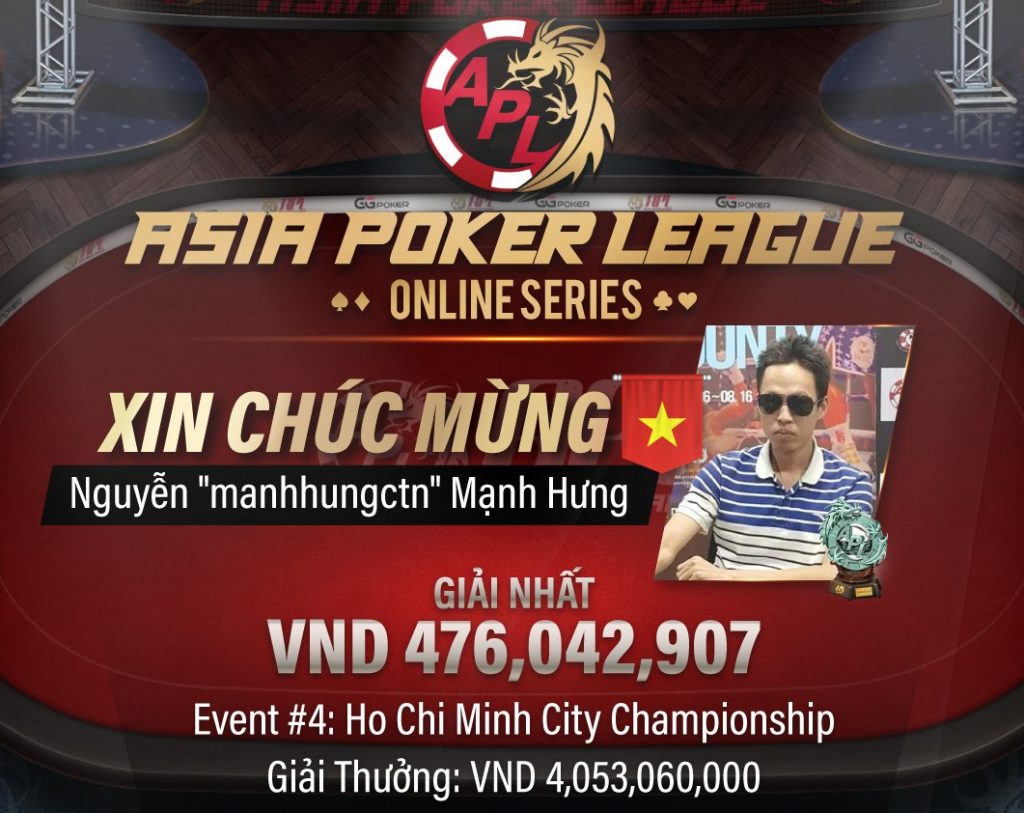 The Asia Poker League is in the middle of their online series celebrating the lunar new year with 16 trophy events, Feb. 1-21. In the absence of traditional live tour stops, the APL designated thematic “host” countries for some of their online tournaments. With a buy-in of VND 3.3 million (about $143), 1,335 entries generated a whopping 4.05 billion dong prize pool. Vietnamese online pro Nguyen took it down, beating ITM finishers from China, Malaysia, and as far away as Norway. The APL’s online series is taking place on Natural 8, one of the largest poker rooms serving Asia and operating on the same GG (“Good Game”) Network as GGPoker. Nguyen, who plays on multiple sites as “manhhungctn,” is well-known in the Vietnamese online poker community. 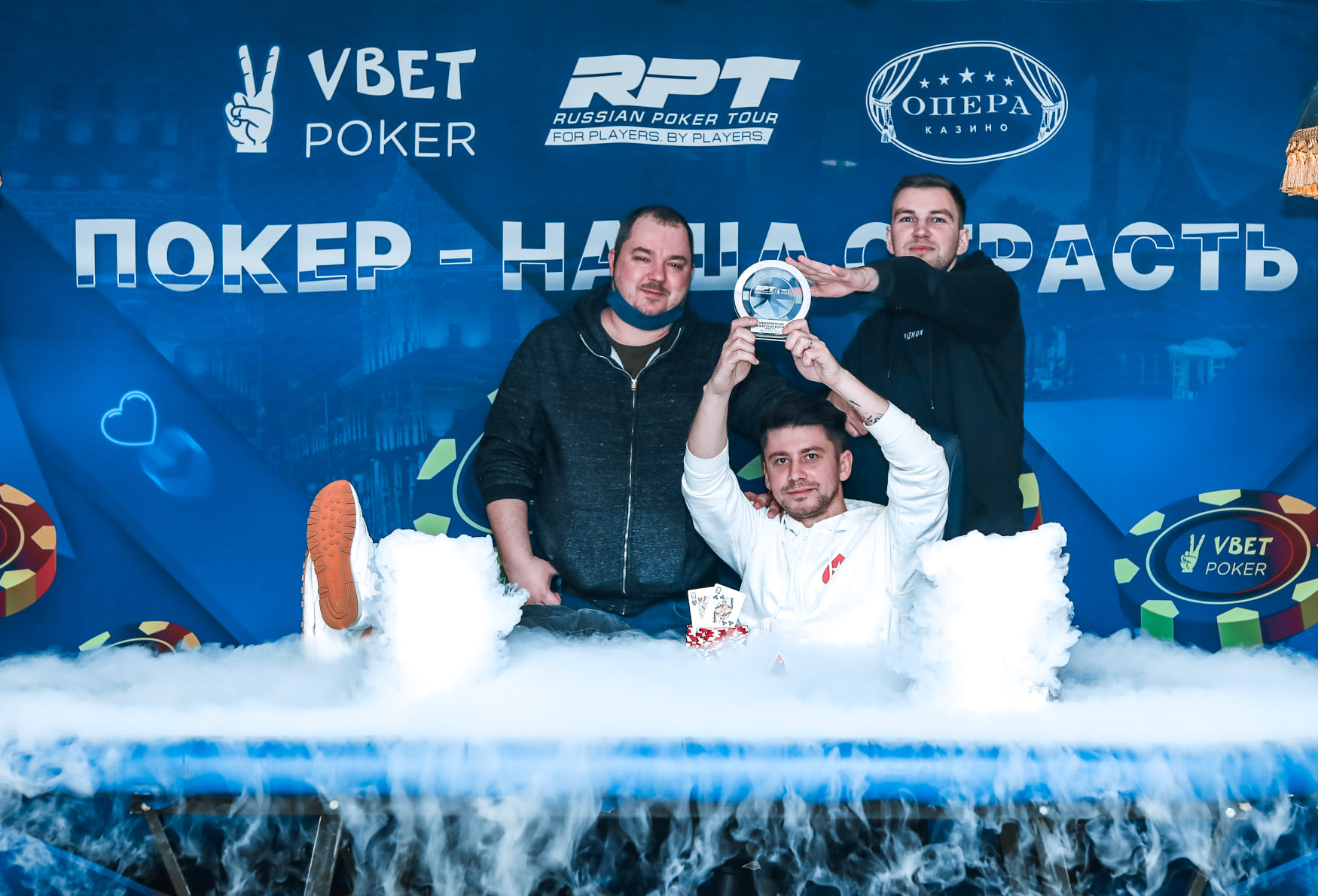 With most of Europe still on lockdown, the Russian Poker Tour hosted what appears to be a masks optional, no-plexiglass live series in Belarus. And one of the events, the “Under Pressure” progressive knockout tournament, was played with smoke from dry ice cloaking the final table. Though special effects created amusement as players waved away vapor clouds so they could see their cards. Rudnev, a Russian who enjoyed a deep run at EPT Sochi last year and won a $333 NLH Top Event in Minsk on the Belarus Poker Tour last month (for $915), emerged victorious. Have a look for yourself at this unusual event. Think it will catch on? Also, LOL Russians.