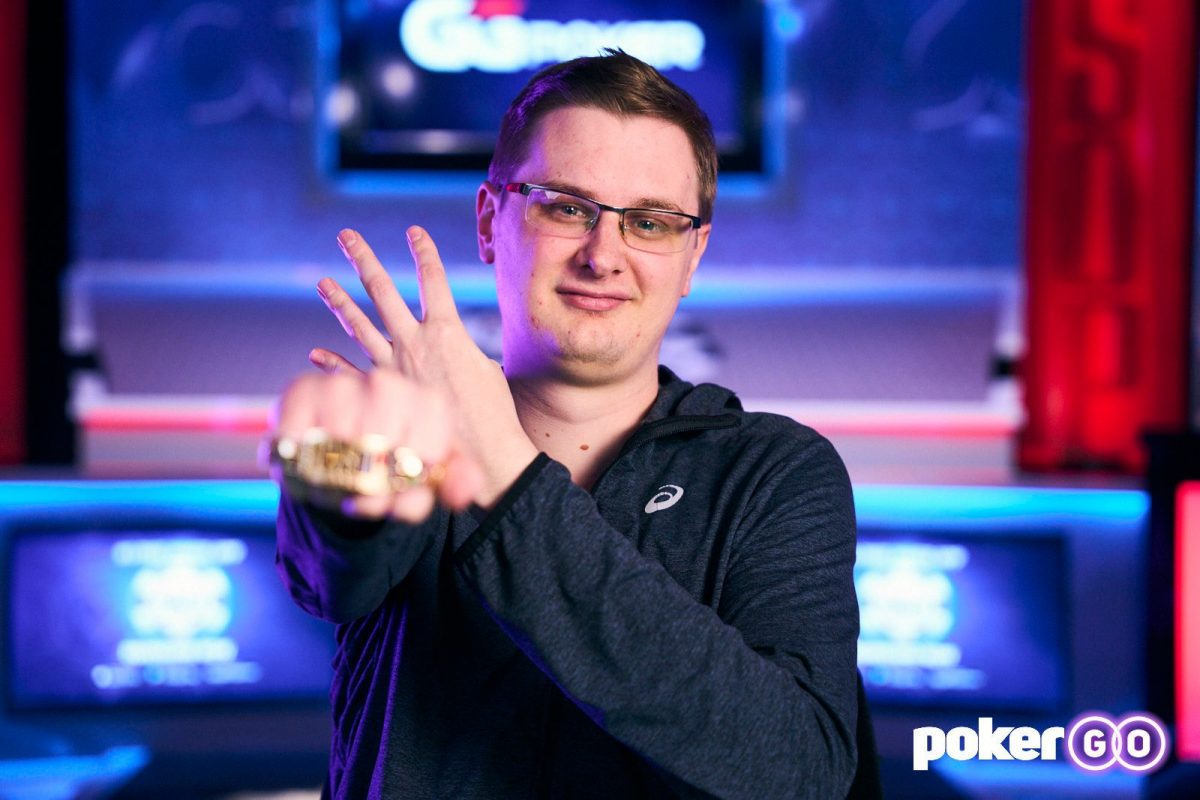 Kevin Gerhart is this week’s guest on “the friendliest podcast in town.” (Image: WSOP)

Gerhart had an extraordinary performance at last year’s WSOP, where he doubled the number of bracelets he’s won, and nearly tripled his tournament winnings to $1.2 million. All of Gerhart’s bracelets have come in mixed games, including Razz, PLO, PLO-8, and HORSE.

And just to think, it’s only been a handful of years since Gerhart thought winning $100 playing $2/4 limit at Caesars was a good day (which, of course, it is).

Is it fair to call 2021 a breakout year for the pro who grew up in Akron, Ohio? Absolutely, Gerhart tells Strazynski, as he describes how he got started playing $5 poker in middle school after Chris Moneymaker came along.

But it was never about poker glory for Gerhart. Instead, Gerhart says playing poker was — and is — a way for him to avoid the 9-to-5 grind.

“Freedom has always been my number-one goal,” Gerhart says. “I never want to wake up to an alarm clock, I don’t want to have a boss, except my girlfriend, I don’t want to be on a certain schedule, I just want to live life to its fullest and enjoy every moment without having to worry about where the next paycheck is coming from.”

Gerhart comes from a card and game playing family, with someone always dealing euchre or canasta. He even traveled the country playing “Magic: The Gathering” as a teenager.

“It’s always been in my blood to play games and cards,” he says.

In those “Magic” events, Gerhart played against the top-ranked players in the world. The competition didn’t phase him then, and it doesn’t phase him now. Instead, he feeds his game off the experience he gains from playing against the best.

“I really do look up to a lot of these players and, if I can soak up a little bit of information just to get better, that’s what I do,” he says.

As is standard on “the friendliest poker podcast in town,” Gerhart answered questions from CardsChat forum members. Visit the thread to find out who Robbie’s next guest will be, and to submit your questions.