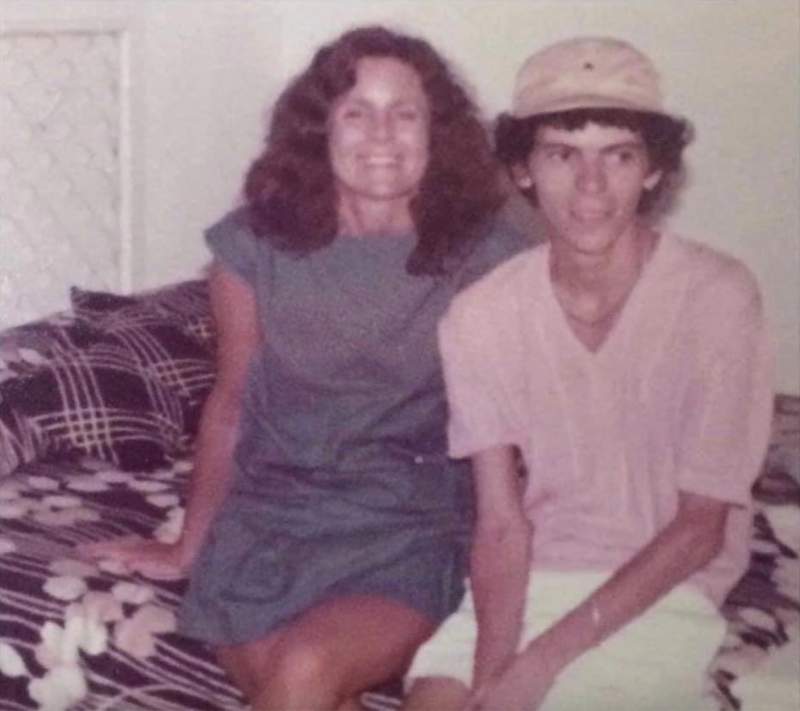 Terry King with Stu Ungar in 1982. King is this week’s guest on the CardsChat podcast. (Image: Action Sports Now/Facebook)

“This lady is truly one-of-a-kind, with a perspective on the poker world that goes back to the 1970s,” says Strazynski.

Not only that, but King is a great storyteller. She’s been part of the poker world since the wheels on the jet plane that took her from Tulsa set down in Las Vegas in 1972. Why Vegas? Her Aunt Dottie lived there.

At 19, she was not only one of a handful of women squeaking out a life as a professional player, but was one of the youngest. Still, she got support from some of the oldest grinders, like Fred “Sarge” Ferris, who would take her to the Garden Room at the Dunes for Chinese food and poker tips.

“Sarge was an old-school guy,” she says. “Now, he could be terrible to the dealers, but he was good to me and took me under his wing.”

A few years later, a friendship with poker great Chip Reese blossomed into a romantic relationship. Their first date was a trip to Reno to count cards to help Stu Ungar pay off a $70K debt to some “unsavory characters.”

Stories about teaching Stu Ungar how to shave.

Stories about @TexDolly forcing her then-fiancee Chip Reese and Billy Baxter to strip at a poker game.

If that story isn’t worth the listen alone, King talks about pornographer and casino owner Larry Flynt shooting up a combination of cocaine and morphine right at the $800/1,600 Stud table — and then asking for more pumpkin pie.

No wonder she’s writing a book.

CardsChat is lucky King spent more than an hour with Strazynski, sharing just a few of the great stories she stacked up in her poker life. She posts stories and old-school pics from the years she spent in the poker industry as the administrator of the Facebook group Action Now Sports Poker.

As is standard on “the friendliest poker podcast in town,” King answered questions from CardsChat forum members. Visit the thread to find out who will be the next guest and submit questions.