CardsChat Podcast host Robbie Strazynski puts on his safety goggles and goes head-to-head with one of the most enigmatic poker players you can find on the tournament trail, Alan “The Chainsaw” Kessler. 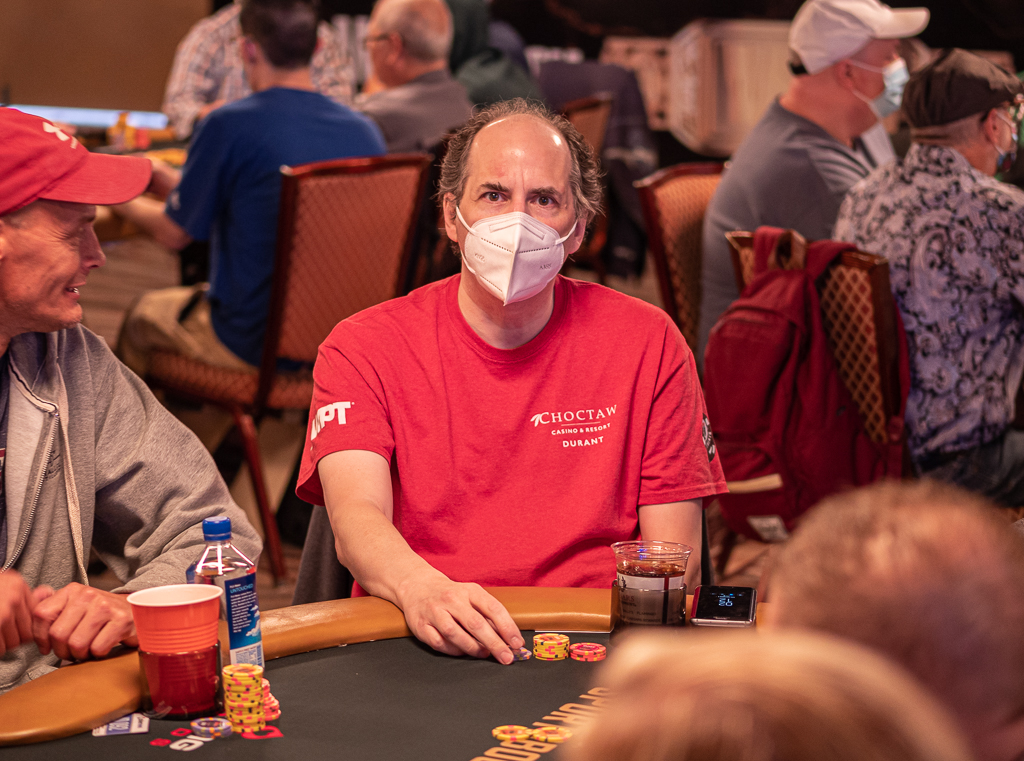 Alan Kessler is this week’s guest on this week’s episode of “the friendliest podcast in town” (Image: Chris Wallace)

Kessler has used his aggressively tight play — and the image that comes with his reputation — to cash in almost 400 tournaments since 2001 for nearly $4 million.

He began his transformation into “The Chainsaw” in the mid-90s, playing $200/$400 mixed-games in Atlantic City with the likes of Phil Ivey, Cyndy Violette, and John Hennigan.

He had a real job managing a market research team, but for 10 years, he would spend every weekend in Atlantic City playing video slots, poker, and whatever other games he felt gave him the thing he’s always on the hunt for — an edge.

He did so well finding that edge that he was able to bank all his paychecks until he hit that tipping point many winning poker players and gamblers run up against.

“The whole thing didn’t correlate. The whole time I’m at work I’m thinking, ‘Wow, I can win or lose in one pot what I’m making in a couple weeks, or a month,” he tells Strazynski.

So he quit and got poker famous. Having one of poker’s greatest nicknames hasn’t hurt. He tells Strazynski how his super-tight play and deep runs at early WPT events led to people calling him “The Chainsaw.”

Kessler has spent more time in casinos and card rooms chasing comps and jackpot angles than some of the younger players have been alive. And fortunately for poker fans, he isn’t shy about sharing his opinion on everything from tournament structure to the play of his opponents through his Twitter account.

And Kessler also has a secret party trick he learned from working for his sister’s telephone marketing company. To find out what it is, take a listen.

As is standard on “the friendliest poker podcast in town,” Kessler answered questions from CardsChat forum members. Visit the thread to find out who will be the next guest and submit questions.