Ever since he won the 2005 World Series of Poker Main Event, Joe Hachem has been the face of Australian poker. For the first time since his win, the Aussie missed the WSOP this past summer to focus on his restaurant businesses. He also helped his friend Scott Lazar drop a ton of weight.

Joe Hachem took a break from his busy schedule to talk with us about business, family, and poker in Australia. 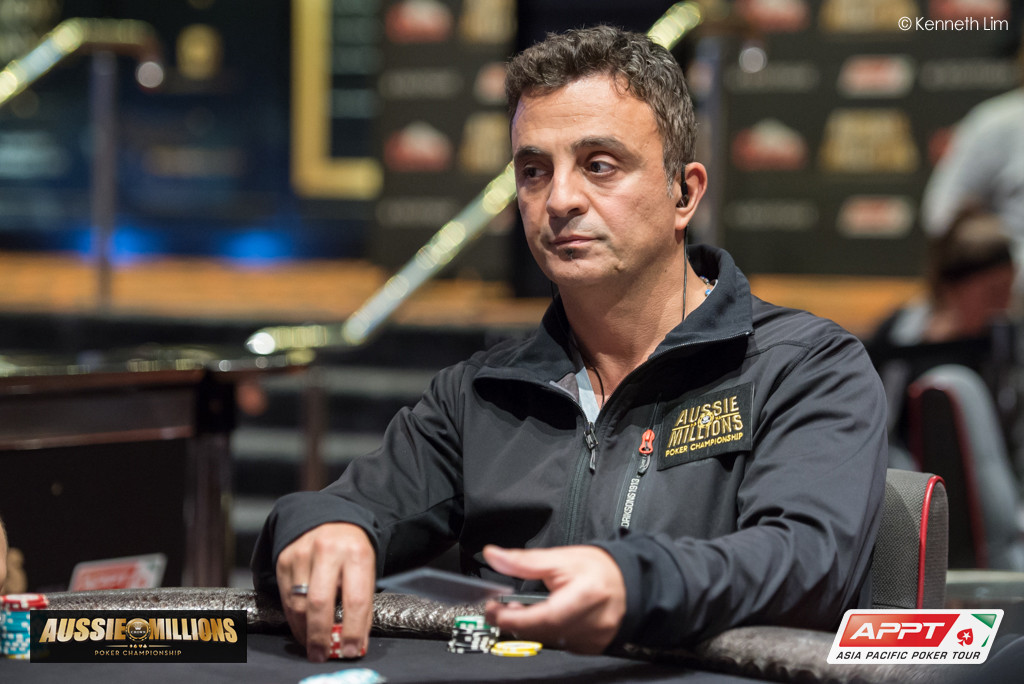 Joe Hachem doesn’t get to play poker as much as he’d like, and prefers to spend time with his family and running his restaurants. (Image: Aussie Millions/APPT)

CardsChat: We recently spoke to your friend and fellow 2005 WSOP Main Event finalist Scott Lazar. He told us you helped inspire him to lose a bunch of weight. What can you tell us about that?

Joe Hachem: Scott and I have been friends since our appearance on the final table in 2005. He’s the kind of friend that would cut off his own arm for his mate, but he had slowly stopped taking care of himself. That meant that his weight and health progressively spiraled poorly.

I had tried many times over the years to encourage Scotty to lose some weight and train. I brought him to Australia four years earlier and we kind of made some progress but within in a few months of being back home his weight had blown out again and was worse than ever.

CC: So, you wanted to try again?

This time I was determined to do it right. I really felt that if I didn’t step in and help my friend to regain better health, he would have major health issues in the near future. I invited him to come and stay with me and work in our family restaurant. I remember his first week in the restaurant, he had to wipe his forehead every five steps or so because he was perspiring so much.

My goal was to get Scott to work in a healthy environment surrounded by family and get into a healthy workout lifestyle that he can take with him wherever he went in his life.

CC: What do you make of his progress and journey?

I couldn’t be prouder of Scotty. A year on he is half his original size and has built muscle to go with his new body. The best part of it is that he’s doing it on his own and has become a great role model for his friends and family.

CardsChat: How is it you and Scott have stayed in touch for so long after the 2005 WSOP final table?

We hit it off straight away because we both shared a strong love and commitment to our families and have been close ever since.

CC: Do you stay in touch with anyone else from that final table?

Not really, but I love catching up with Tex Barch, Andy Black and Mike Matusow at every WSOP. And then there’s my old mate Steve Dannenmann … It is true what they say though, you share a bond for life with your final table mates and it’s always great to see them.

CC: Can you tell us a little about your new restaurant?

The second one is also a laneway cafe and is named Kaikey’s Lane after my daughter’s nickname. It’s breakfast and brunch and is literally a block apart from Eliana Lulu, our first cafe.

CC: What else are you up to these days?

Well now that you ask, we have a third restaurant specializing in Lebanese food. We called it Mama Manoush. I’m also involved in development projects and currently building 30 apartments in inner city suburbs. I have a few other fun projects I’m involved with, the main one being opening a burger franchise in China. My plate is pretty full.

CardsChat: How often do you get to play poker? Where can the poker world expect you to be playing next?

I don’t get to play as often as I would like to be honest. It’s hard to find a good size cash game in Australia, and I’m not traveling as much these days. I always look forward to events like Aussie Millions, WSOP, LAPC and the WPT Five Diamond.

CC: What are your thoughts on Australia banning online poker?

There’s nothing more difficult than dealing with ignorance. Unfortunately, that’s what we are dealing with. People who know nothing about your business and telling you what you can and can’t do. It’s just crazy. Even more tilting is watching ads on television every five minutes promoting sports-betting sites and gambling, yet online poker is illegal.

i remember his game. That was really wonderful!!