In a fight that wasn’t decided until the final punch was thrown in the last round, Canelo Alvarez earned a majority decision victory over Gennady “GGG” Govolkin to claim the unified middleweight world championship on Saturday night. 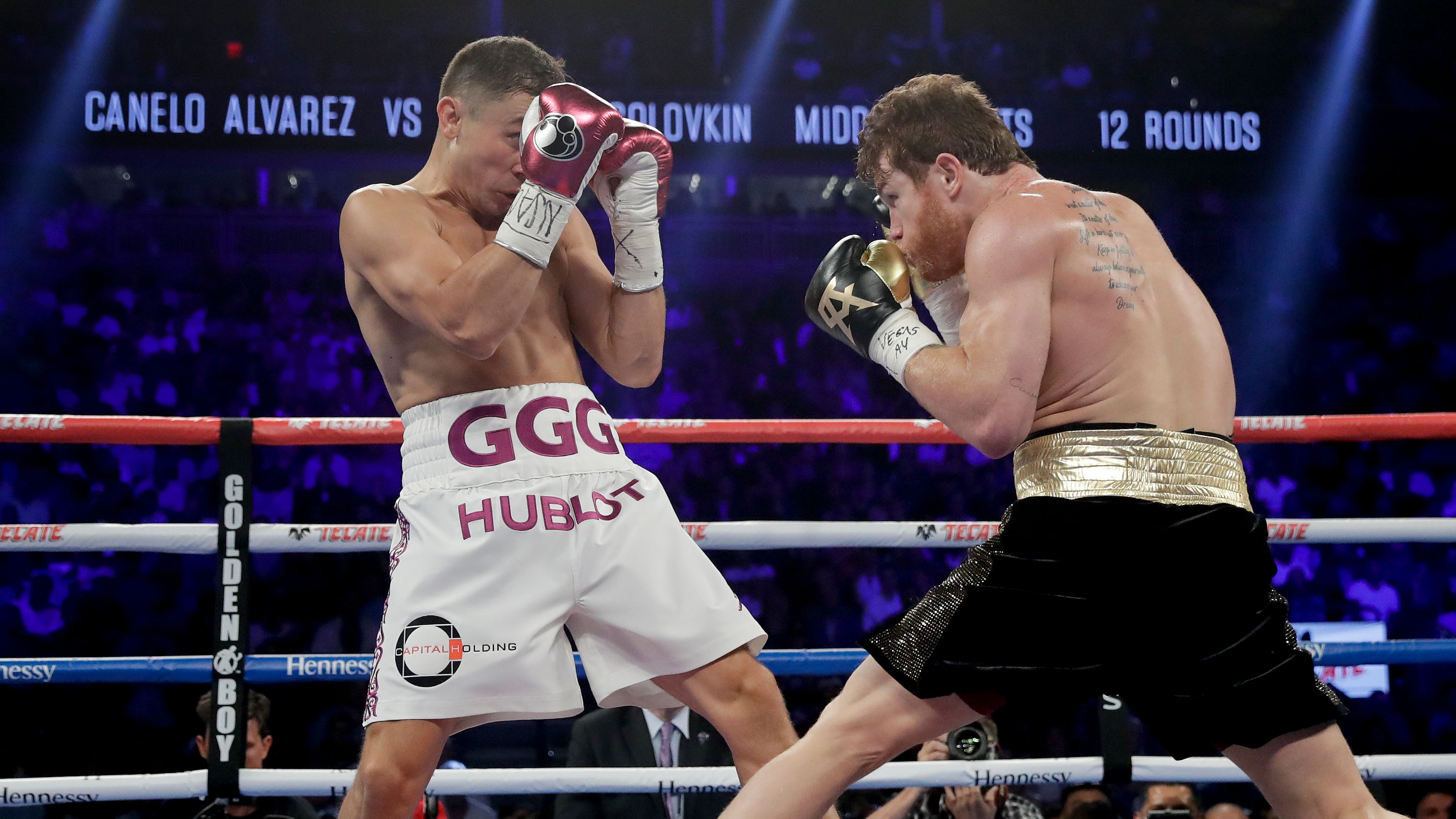 One judge scored the bout 114-114, while the other two gave Alvarez a 115-113 decision in a thrilling fight at the T-Mobile Arena in Las Vegas.

Decision Creates Debate, But No Outrage

The fight was so close that few observers were confident in the result when the action concluded at the end of the 12th round. Unofficial scorecards from the media differed on the result, but everyone agreed that it had been a very close fight, with several rounds offering contrasts that could lead reasonable people to think either fighter had won.

When the result was announced, it wasn’t greeted with the incredulous anger from fans that the first fight – a split decision draw – produced, even if not everyone agreed that Alvarez deserved to win.

In the eyes of most observers, it was Alvarez who gained the early advantage, employing a surprisingly aggressive style that saw him take command of the center of the ring. It seemed as though the Mexican was determined to win the fight by knockout, though there would ultimately be no knockdowns for either fighter.

For Alvarez, who had been accused by the Golovkin camp of running during their first fight, winning through aggression gave him all the vindication he needed.

“I showed my victory with facts,” Alvarez said after the fight. “He was the one who was backing up. I feel satisfied because I gave a great fight. It was a clear victory.”

On the other hand, GGG still managed to land more punches in the fight, even if Alvarez connected with more power shots. Golovkin also seemed to be the better fighter in the later rounds, rocking Alvarez once and seemingly getting a second wind after he appeared to be wilting in the middle rounds.

In the end, the fight was close enough to come down to the final round. All three judges had Alvarez up by a single point heading into the 12th, and two of the three gave him the final round as well, allowing him to escape with the narrowest of victories.

In the end, even Golovkin’s team couldn’t summon any outrage over the outcome, even if they felt their fighter was better on the night.

“I had it close into the 12th round,” said Able Sanchez, Golovkin’s trainer. “We had good judges who saw two different things. I can’t complain about the decision, but it’s close enough to warrant a third fight.”

While it remains to be seen if fans will get to see a third bout between Golovkin and Alvarez – early speculation is that the two could meet again on May 5 next year – it looks as though another rematch between two of boxing’s biggest draws could be in the cards.

On Saturday, Floyd Mayweather released a video via Instagram that suggested he and Manny Pacquiao would meet in the ring yet again before the end of the year. Pacquiao appeared to confirm that in comments to reporters in the Philippines, and Ring Magazine reported that the fighters are considering Dec. 1 or Dec. 8 for a fight that could be announced later this week.

The first fight between the two welterweights in 2015 saw Mayweather defeat Pacquiao by unanimous decision in a bout that was considered dull by most fans.

Good – I thought it was just me. I was reading the article, looking for the part where they sat down at the felt for a little heads-up action.

Yeah, given this is the type of sports story that will of been played on every news channel/site worldwide it’s really not necessary to add it to cardschat also.

I did not expect Alvarez to win because it seemed that he got outclassed in the first fight. I would love to see Alvarez vs Floyd, but I don’t think that would be fair to Floyd because he’s so far away from his prime that it wouldn’t be a fair fight.