The Canadian province of New Brunswick is suing poker player Ha Van Nguyen to recover nearly $8,000 found during a traffic stop. Authorities now contend the money was used for illegal drug activity, while Nguyen insisted it was his poker bankroll. 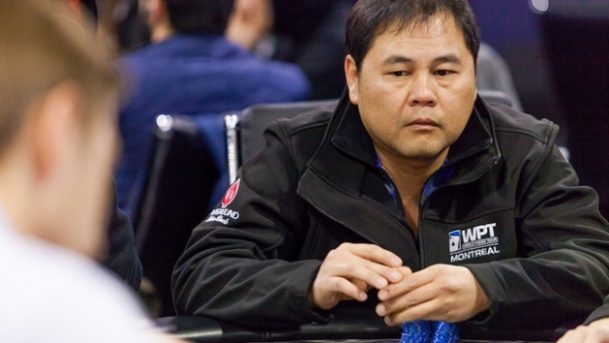 Professional poker player Ha Van Nguyen is being sued by the Canadian province of New Brunswick to surrender nearly $8,000 found in his truck during a routine traffic stop that police maintain was money related to drug activity. (Image: World Poker Tour)

The money was seized when Nguyen was stopped,  even though he wasn’t charged with a crime. Lawyers for the government can seize property through civil action. A judge allegedly ordered the money, and two cell phones also confiscated, to be placed into a trust via his attorney until the case was settled, but Nguyen maintained that didn’t happened.

The area’s Civil Forfeiture Act states authorities can keep currency it believes falls into that category. In January, an Ottawa resident was ordered to surrender $41,000 during a traffic stop, even though he never went to trial.

The professional was stopped Nov. 15, 2015 when he turned around from a Royal Canadian Mounted Police checkpoint. As police went to pull him over the officer noticed a bag being thrown out the window. They retrieved the tossed item and discovered it was cash in six bundles and vacuum sealed. Most of the money was $20 Canadian bills and the police ascertained it was connected to narcotics.

Nguyen explained to the police that it was his bankroll for cards and he had been at a table in a local casino that night. He has played on the World Poker Tour and in other tournaments, finishing first in the Atlantic Canada’s Poker Championship in October.

Because of how it was packaged, authorities didn’t believe the story. They also noticed a strong odor of marijuana coming from his truck and he admitted to having a small amount of the drug with him.

The rounder wasn’t helped by the fact that he had two prior charges for marijuana, including possession a month before this incident. Lab testing of the money also found drug residue on the currency.

Civil forfeiture is a method that has been utilized by law enforcement on both sides of the Canadian border for years and has come under criticism from civil rights groups, such as the American Civil Liberties Union. The scheme has been used frequently in the United States and two poker players sued Iowa police to get more than $100,000 back. They settled last December for $60,000.

In January 2015, then US Attorney General Eric Holder ordered state and local police to halt the policy and brought it under the jurisdiction of the federal government.

The program began in 2008 as another tool to combat the war on drugs. It was estimated that there were 55,000 seizures of cash and property worth more than $3 billion in those seven years.

Who In their right mind walks around with that type of cash? I mean, come on, that’s stupid and you deserve to have It confiscated. I can understand 10K, but anymore than that Is just retarded, what never heard of a check?

He may be a poker ‘pro ‘ , but it sure sounds like he is involved in another business activity . ‘vacuum sealed’ cash being tossed out the window ? That’s not a poker bankroll .