Does Joe McKeehen Have What It Takes to Be a Successful Poker Coach?

If Ted Williams, one of the greatest hitters of all-time, couldn’t succeed as a baseball manager, perhaps, a former World Series of Poker Main Event champion isn’t a qualified poker coach. Joe McKeehen has signed on with Chip Leader Coaching, a poker training site founded by high-stakes pro Chance Kornuth, to help others improve their game. But many poker players are aghast at seeing such an abrasive winner in that role. 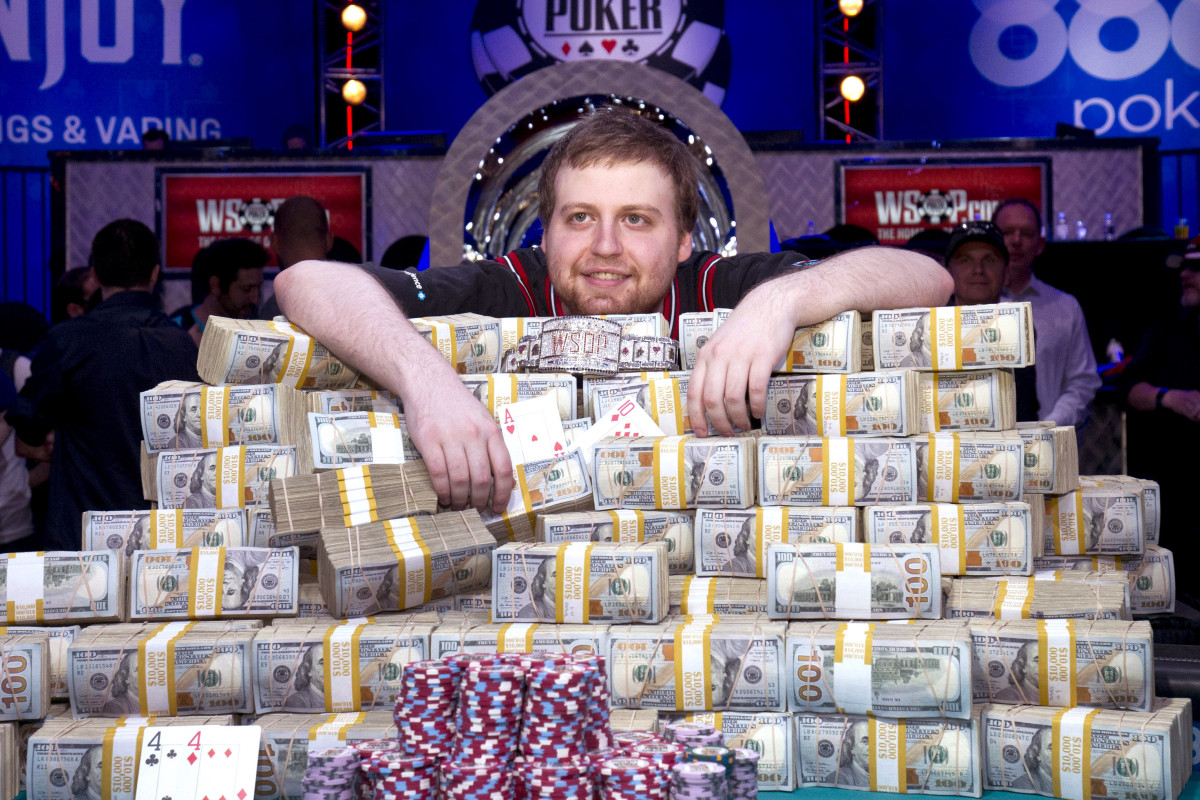 Joe McKeehen won a mountain of money as the 2015 WSOP Main Event, but some question if he hasn’t walled himself off from the poker community too much to share his knowledge with others. (Image: New York Post)

McKeehen, after winning the 2015 Main Event for $7.7 million, didn’t endear himself to the poker community. Unlike most previous champions, he’s refused to serve as a poker ambassador, and even has kept his Twitter profile “private” so those he doesn’t know or like are unable to view his posts.

Many in the poker community don’t like him for what they perceive as anti-social and smug behavior. He’s been involved in numerous arguments with fellow poker pros on Twitter since his big win.

And while the Pennsylvania native and avid Philadelphia sports fan may not be known for showing much brotherly love to fellow poker players, his accomplishments on the felt are quite impressive. Beyond his Main Event win, McKeehen has an additional $6.2 million in lifetime live tournament winnings, which includes his second career bracelet at the 2017 WSOP in the $10,000 Limit Hold’em Championship.

The former world champion’s poker skills may be undeniable, but his social skills are another matter altogether. And that leaves some questioning whether he has what it takes to effectively teach others how to play at a high level. In response to Chip Leader Coaching’s post announcing McKeehen as its newest team member, many responded quickly with dismay.

One commenter joked McKeehen would have to unblock many people to give them coaching, a reference to his penchant for insta-blocking anyone who questions his opinions.

Another Twitter user (@dreaaathomas) referred to him as “100% a POS but he’s a great poker player,” and received a response by @StokersPoker who disagreed, saying, “coaching and playing are 100% not the same thing and he doesn’t present himself in a manner where most would want him as a friend let alone a coach.”

“POS” is an abbreviation for piece of something, and most of the other comments responding to the announcement were NSFW.

The training site McKeehen is joining potentially rivals Doug Polk’s Upswing Poker and others like it. But Chip Leader Coaching, the creation of Kornuth, has a unique concept where students only pay if they make money at the poker tables.

There is no monthly subscription for obtaining coaching. Instead, the players pay a percentage of winnings in exchange for the help.

Kornuth has an impressive personal poker resume that includes $5.6 million in live tournament winnings and experience playing in some of the biggest cash games in the world. And he’s also known as a pretty nice guy.

As a player who followed a similar path to become one of the biggest winners in the game, McKeehen potentially has a lot to offer. But if he’s going to help Kornuth’s business, first he may have to lose the insufferable chip on his shoulder.

We didn’t see McKeehen since his big win and one time I saw him on ept , concerning his coaching , I think he’s good enough to enter this domaine we all admit that he’s a good player with his agressive style that he perfectly showed on wsop me , if he knows how to pass the information well I think he gonna make a success in coaching.

hes won some decent tournaments, right after the big win. beleive it was a 100k buy in higher roller