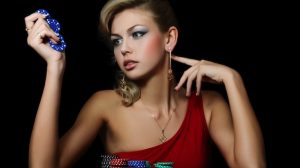 Increasing competition everywhere and segregated player pools have caused a drop in online poker player pools. Can women who play on social gaming sites pick up the slack? (Image: Shutterstock)

Online poker operators have long deliberated on how to bring more female players into the game. Exacerbating this situation, the online poker industry has taken a dip lately and fewer and fewer recreational players – poker’s bottom line – are coming to play, while those who do aren’t sticking around for as long; making getting and keeping a female audience more crucial than ever before.

Too Many Disjointed Player Pools

Some blame the segregation of player pools in Europe, which they say is strangling online poker and effectively corralling the market. Others blame poker tracking software – the idea that because of such software the skill gap between professional and recreational players is greater than ever, which means weaker players are being swallowed up at a faster rate. Poker, they argue, is effectively cannibalizing itself. There’s one thing we all agree on, however, and that’s that if one particular demographic could be attracted to the game on a large scale, we’d all be saved.

The current percentage of female players playing online poker is puny. While recent estimates have put the figure at 30 percent, that figure would seem to be hugely inflated, perhaps failing to take into account the amount of male players who pretend to be women when registering their accounts (they believe it lets them get away with bluffing more frequently). You only have to look at the percentage of women making up the fields in large live tournaments to get a clearer picture – depressingly, it’s around 3 percent.

But wait. We may have an answer! US software provider International Game Technology (IGT) has reported a 22 percent rise in women poker players during 2013 across its social gaming platform DoubleDown Casino, suggesting that a whole new wave of women are being introduced to poker through social gaming on their desktops and mobiles and tablets. DoubleDown says poker remains “one of the most popular games among all online social casino players.”

“As the world’s largest virtual casino, we pay attention to trends and make note of the fact that poker is appealing to broader audiences both online and on the casino floor,” said John Clelland, vice president of global marketing at IGT Interactive Group. “Poker is traditionally thought of as a male-dominated game but our data proves that female poker players are on the rise in social casino.”

IGT found that female players spend almost as much time playing poker as men each week: 51 minutes for women versus 58 minutes for men. They also report a strong interest in the game from non-gambling states – such as Hawaii – where women played an average of 6.5 hours of poker on social casino sites each month.

The rise of social gaming has been implacable: in March 2013, Facebook claimed that 250 million people were playing games on the social network each month. If IGTs findings are indeed part of a wider trend – and social gaming continues to attract more and more women to the game, becoming a conduit to real money poker – then it can only be good news for an ailing industry.