California Will Not Consider Online Poker Legislation This Year

Virtually no one projected California to pass online poker legislation in 2018, but now we can officially report that Golden State lawmakers won’t even be considering an internet poker bill this year. 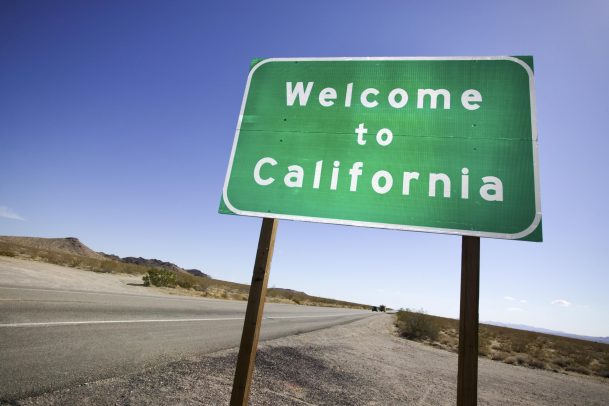 California will not be considering online poker legislation in 2018. (Image: upswingpoker.com)

Assemblyman Reggie Jones-Sawyer, a strong advocate of online poker in California, told Online Poker Report his state isn’t giving up the fight for internet gaming legislation, but further discussions may have to wait until next year. Jones-Sawyer said he has no intentions of reintroducing the bill he proposed last year, A 1677, in 2018.

Instead, Jones-Sawyer and other lawmakers may wait until next year to reintroduce online poker legislation as part of a package deal with a sports betting bill. That is, of course, assuming the US Supreme Court rules in favor of former New Jersey Governor Chris Christie in his civil complaint against the NCAA and professional sports leagues.

Christie is challenging the Professional and Amateur Sports Protection Act (PASPA), a federal law that prevents most states from legally accepting sports wagers. If New Jersey wins the case, it will open the doors for each individual state, including California, to legalize sports betting.

Sports betting experts, and even MGM Resorts, which has already constructed a $7 million sportsbook at its Borgata Hotel and Casino in Atlantic City, anticipate a favorable ruling from the Supreme Court. A decision is expected by June but could come as early as next month.

Jones-Sawyer isn’t making any promises to the poker community but told OPR the possibility of a joint poker-sports betting bill is “being considered.”

California lawmakers have been discussing the possibility of online poker legislation since 2007, but the fight has been a lost cause.

PokerStars, the world’s largest online poker site, previously lobbied for internet poker in California, going so far as to send its Team Pro members such as Chris Moneymaker around the state to card rooms for promotion, but has since backed out once it became clear the efforts were a waste of time.

California poker players can now hold out hope that a package deal that includes online poker will pass in 2019.

California isn’t ready to join New Jersey, Delaware, Nevada, and Pennsylvania, on the online poker train, but New York is sitting at the train station waiting to hop aboard.

An internet poker bill in New York passed a vote in the Senate Racing, Gaming and Wagering Committee, and now moves on to the Senate Finance Committee.

Republican State Sen. John Bonacic expects the bill he sponsored to pass the Senate this year. But it must also pass through the Assembly, which so far hasn’t ever voted on internet gambling, so that leaves some uncertainty about the path forward.

But at least, unlike in California, there is some positive momentum for online poker in New York.

I hate to say it but if some poker rooms caused Black Friday and I do not know why players lose at the end losing their right and freedom to access a good online room;we players all we need is a fair game no bots and no rigged system

I’m not so long in poker, but I still do not understand why in America, where poker was born, online poker is banned? was there any precedent
because of which online poker became banned?

Read about BlackFriday On April 15, 2011, poker was rocked by Black Friday, the day that forever changed online poker when U.S. Department of Justice unsealed a 52-page indictment against top executives of PokerStars, Full Tilt Poker, and Absolute Poker, as well as a civil complaint against those companies. Those named in the indictment faced years in prison while the civil complaint sought $3 billion in assets from the sites. PokerStars and Full Tilt Poker immediately stopped serving U.S. players, with Absolute Poker and its sister site UltimateBet (of the Cereus Network) following suit afterwards.