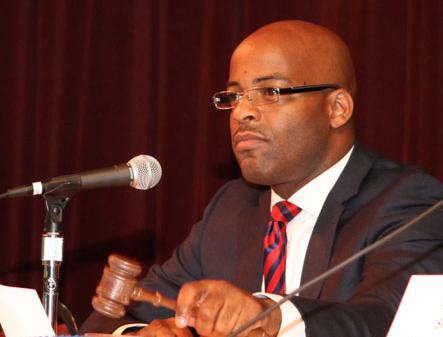 California’s efforts to regulate online poker in 2015 have received a much-needed boost with the news that the issue is likely to be heard by Senate and Assembly committees before the end of April.

Senate GO (Government Organization) Committee Director Art Terkazis said this week that, while nothing has yet been finalized or approved, the chairs of the Senate and Assembly GO committees plan on holding “joint informational hearings” as soon as possible in order to get committee members up to speed on the complexities of Internet gambling.

The chairs in question are Senator Isadore Hall and Assemblyman Adam Gray, who introduced twin “shell” bills in February, the purpose of which are to act as a legislative vehicle for the broader effort that has already been initiated by Assemblymen Mike Gatto and Reggie Jones-Sawyer. If (and it’s a big “if”), all interested parties can agree to the terms of a framework for regulation, the bill will essentially be filled in later.

“The issue of iPoker in California has historically been divisive; dealing legislators, the governor and the public a folding hand,” said Hall and Gray in an official statement. “Our bills do not create winners and losers. Our bills do not take one entity’s side over another. Our bills will give the Legislature, the Governor, tribal governments, other gaming entities, technology providers and the public an opportunity to have an open, honest and thorough debate on this issue.”

Terkazis says that it’s too early to say what a picture of the hearings’ agendas would look like or who would be called to testify, but the hearings must be organized before May 1, because it’s the last day for policy committees to hear fiscal bills.

There is still much to be resolved if the state is to legalize and regulate online poker this year, and the odds appear to be stacked against it. At the National Indian Gaming Association conference in San Diego recently, the Pechanga tribal coalition, which has long been at loggerheads with the Morongo coalition on the issue of PokerStars entering a regulated market, expressed a newfound willingness unite with tribal operators.

Pechanga, in the past, has strongly supported the “bad actor” language of previous draft bills, because it would bar PokerStars, with whom the Morongo coalition has a commercial agreement, from being licensed. It has also long opposed the inclusion of the Golden State’s racetracks in a regulated market, and now Pechanga is floating the idea of a completely unified tribal gaming industry working with PokerStars to fight off the racetracks.

Whether they can succeed remains to be seen. Because online poker bills are classed as fiscal bills, they need a two- thirds majority to be passed into law. This is why the lack of consensus among stakeholders has derailed legislative efforts in the past.

PokerStars and a unified tribal gaming industry would undoubtedly become a powerful lobbying force, but convincing two-thirds of legislators to turn their backs on the state’s racing industry and its employees’ unions is another matter.

And why is this considered a fiscal bill? The impending licensing should cover all the costs involved, and there should money be some left over just from the licensing. There should be improved tax collections on poker winnings, just because the State will get reports from the poker sites.