California Online Poker, Here We (Don’t) Come Again: A Year in the Life of a Reporter Covering Legislation that Never, Ever Happens 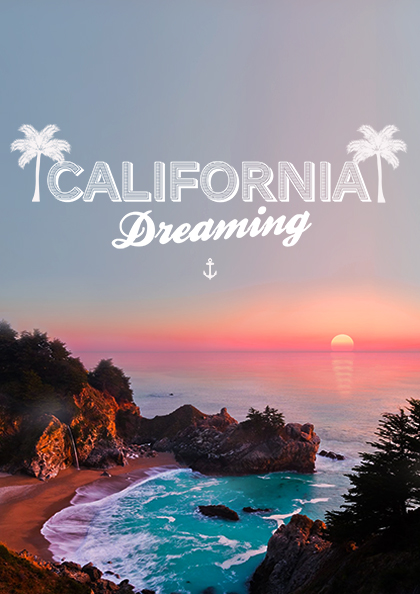 California Dreaming: will Golden State politicians ever manage to legalize online poker, or are we doomed to cover this story forever? (Image: The Keystone Group)

Ah, California online poker, in 2016, we came so close, and yet no closer, to seeing you become legal. But covering this nearly not-quite-there story almost drove me to drink.

Yes, another year has passed during which California has conspicuously failed to legalize online poker. If you’re feeling a sudden deadening feeling of déjà vu, imagine how it feels to cover this story day in, day out for 52 weeks a year.

There’s nothing this writer wants more than to be able to type a header that reads “California Legalizes Online Poker,” as opposed to the usual “Online Poker to Receive Legislative Hearing,” which may include the odd platitude about the bill “gaining momentum,” before the inevitable “California Online Poker Bill Dead, Barring Miracle.”

To be fair, the legislative push did make more progress in 2016 than it had in the previous decade, but only in the sense that a traffic jam occasionally makes small amounts of progress. That’s what it feels like: reporting from the front line of a traffic loggerhead, which doesn’t make for terribly exciting news stories. Except in New Jersey, of course.

Neither do traffic jams move backwards, as is occasionally the case with California’s own poker pile-up. In 2016, for example, the racetracks agreed to stay out of a future online poker market in return for compensation. This was a huge deal and one that removed a real hurdle on the path to regulation.

It was at this moment that most of us new that Assembly Bill 2863 was burnt toast.

Because hovering over all this, like an 800 lb. gorilla strapped to a jet pack, is the question of suitability. Repeatedly covering each semi-event in this tale of ultimate gridlock requires rehashed back story with each article. And since we aspire not to bore our readers to death, brevity is key. I think I’ve managed to distill the story, over the years, to just one sentence. It’s far more nuanced and complex than this, but it really all it boils down to this salient fact.

There’s also a need to avoid repetition when covering this story (am I repeating myself now?), which can lead to a madly dog-eared Thesaurus. For example, there’s only so many times you can use the phrase “obstructionist tribal operators,” before it becomes necessary to resort to something more imaginative.

Was it fair to call the Pechanga coalition obstructionist this year? Aren’t they just trying to fashion the sweetest deal they can for themselves? Wouldn’t anyone else do the same?

Maybe, but that doesn’t help the tens of thousands of Golden State residents and visitors who merely want the chance to check-raise the living hell out of their neighbors and friends, as is their birthright. Neither does it help us journalists, whose word counts are now creeping into an annual six figures on this stories.

We can hardly wait to see you for more legislative fun in 2017.

you did a great job on all counts 🙂 thank you sir.
would it be fair to call the Pechanga coalition greedy *#%!s
oh well I don’t have to be fair and that’s my opinion 🙂

Well, FWIW, the stuff I see going on at Stars makes me think they have given up on most of the small player market.

That bill paid the HRA too much to stay out, way to much. I turned negative when I read the amount.

I think I have a solution that could solve everyone’s issues. Set it up so that the card rooms (or casino’s) get some ‘affiliate’ money from live registration to Online Poker for a couple of years. Make it law that any qualified software provider can participate. Quibble over what ‘qualified’ entails, but let the bigger picture emerge.

If it is ever legalized all the poker providers will benefit, online and B&M. Imagine online satellites to local live tourneys. Bigly huge!