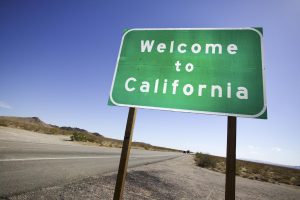 California’s stance on sharing its pool of players could hinder the online gaming market before it is even legalized. (Image: blogtenthamendmentcenter.com)

California online poker has certainly had its ups and downs in the battle to make it legal over the course of the past five years. California has been slowly inching towards establishing an online gaming market.

Yet across the world, online poker and many other forms of gambling have turned into a valuable market for many countries. Despite the popularity and potential for a steady stream of revenue, the US has only grudgingly embraced online poker in recent years. Much like California, the process for New Jersey, Delaware and Nevada to form the market was not easy.

Just like any other sweeping decision that can impact the state, online poker bills must pass through a rigorous legislation process. California tribal interests add a further issue to slow things down.

But even with all these issues in play, many lawmakers and industry insiders are confident that 2015 is the year California will become the next state to legalize online poker. Though that decision may sound wonderful to potential players, California may enact a surprising policy that could greatly hinder the market.

If an online poker or gambling market is established in California, the state may not have plans to share its player pool with other states or foreign markets. Considering California is the most populated state in the US, sharing its player pool would put it at a high advantage in the industry. Suffice it to say, opportunities would be abound for both players and operators.

However, California could lose this edge if it were to decide to limit what players have access to the market. Months ago, issues with tribes and a potential “bad actor” clause in potential legislation almost brought forward momentum to a screeching halt. But where that was merely a roadblock, limiting compacts with other states could affect the market after legislation is passed.

Various media outlets have reported that Richard Schuetz of the California Gambling Control Commission stated he was definitely open to the idea of compacts with other states. Even so, Schuetz’s comments imply that California isn’t going to make things easy. According to numerous articles, he stated that he doesn’t know if California would be against compacting, but it would have to be on California’s terms. He also said that California would not give its players up to another state, but that they would potentially want a smaller state to join its player pool.

Ring-fenced markets do exist across the world and those countries shine some light on what California might face if it decides to keep the online gaming market inside its borders. France, Italy and Spain limit their market and it’s reflected in declining traffic along with shrinking revenue for operators and the government.

California’s 38.5 million people can be most closely compared to Spain’s 47 million. After regulating online gaming in the summer of 2012, Spain’s cash game traffic has been on decline. 2014’s winter peak was 13 percent lower than the previous year and summer traffic was down 20 percent over the last two years.

Still, many would argue that poker is more common in the US than in a country like Spain and that Californians also have more money to spend. But California restricting its market could still spell trouble for the entire US market. Even if California managed to bring in more players, sharing the player pool with other states would only further boost all markets involved. Though it is mostly speculation until legislation actually passes, hopefully California won’t stifle itself before it can actually grow.

As a poker playing resident of Caliornia I just want to say thanks for the article. Great information and well done.

Yes, but isn’t this exactly what is happening in Nevada with Ultimate? Only NV residents can play right now.