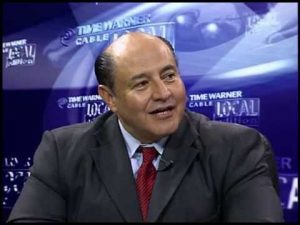 State Senator Lou Correa will be leaving the California legislature after this year due to term limits, and his sponsored online poker bill could go with him. (Image: WN.com)

It looks like it’s a no-go for California online poker in 2014.

Mind you, online poker for California was always a long shot this year. In an election year, many politicians were uncertain that Internet gambling was something they wanted to support, and getting all the important parties in the state’s gaming industry on the same page was going to be difficult at best. But it wasn’t until this week that supporters of online poker finally folded.

State Senator Lou Correa (D-Santa Ana) shelved his online poker bill on Wednesday, saying that there simply wasn’t enough time left in the legislative session to prepare the bill for a vote. There is less than a month left in the current session, and there’s still no consensus from Native American tribal groups, card rooms and other special interest groups on exactly what an online poker bill should look like.

No Time Left to Pass Bill

Correa, who is the chairman of the Senate Governmental Organization Committee, said that there’s no time left to get everyone to come to the table and form a mutually satisfying agreement.

A second online poker bill had been floated by Assemblyman Reginald Jones-Sawyer Sr. (D-Los Angeles), but his legislation had seen even less attention and movement than Correa’s effort. On Thursday, PokerNews reported that Jones-Sawyer had told them that his bill would also be shelved for the session because there was not enough time for it to pass through the legislature at this point.

Correa will no longer be in the legislature next year due to term limits. However, Jones-Sawyer plans to introduce another Internet poker bill when the legislature begins its next session in December.

While there have been coalitions of Indian tribes and poker rooms that have expressed a desire to regulate online poker in California, a few key issues remain that have slowed down the progress of any bill in the state. First, there’s the idea of a “bad actor” clause: one that would prevent companies that offered online poker in California or the United States after the passage of the UIGEA regulations from applying for a license. Many tribes and card clubs are for such a rule, though several major players (including those that have allied themselves with major operator PokerStars) oppose the clause.

In addition, many Native American groups would like to see race tracks excluded from the approved operators for online poker sites. Not surprisingly, the racing industry has opposed any bill that leaves them out in the cold.

These divisions have made it difficult to reach enough of a consensus for anyone to push a bill forward with confidence.

“The politics of this aren’t right for this to get rushed through by the end of this year,” said Whittier Law School professor I. Nelson Rose, an expert on gambling law. “The state is so large and there are so many tribes and they don’t agree on anything.”

A coalition of a dozen tribes in the state has also said that they’d rather wait until 2015 rather than try to rush a bill through at the last minute.

“Our tribal leaders have concluded that rushing a bill in the closing days of this legislative session will not allow for the level of careful public examination and confidence an issue of this magnitude requires,” the coalition wrote in a statement.