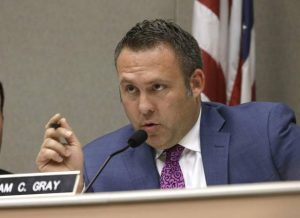 A bill that would regulate online poker in California, AB 2863, was passed by the state’s Assembly Governmental Organization Committee with flying colors on Wednesday, by a unanimous vote of 18-0.

This is the second time an online poker bill has been passed by an Assembly committee and also the second vote ever held in the legislature; in May, last year AB 2863’s forerunner, AB 431, was passed by the Assembly Appropriations Committee, again unanimously by 14-0.

Clearly this bill has legs but, for all its support in the House, without the agreement from warring factions of tribal operators it’s going nowhere. It was apparent from Wednesday’s hearing that the question of “suitability” remains a sticking point, specifically the question of whether “bad actors,” such as PokerStars, should be eligible to participate in a future market. Without full agreement on this point, the bill is unlikely to receive the two-thirds majority vote in the legislature it needs, as a fiscal bill, to become law.

But the bill has moved forward significantly since this time last year. While AB 431 was very much a shell bill with no specific language, little more than a vehicle to keep the issue alive in the legislative process while the finer points were debated, AB 2863 has removed one major impediment to regulation.

The bill proposes that the state racetracks, whose inclusion in the market has been opposed by many tribal operators, should be compensated for their non-involvement to the tune of $60 million per year.

The horseracing industry voiced its support for the bill in a letter to its sponsor, Assemblyman Adam Gray, last week. But Wednesday was the first opportunity we’d had to hear the level of tribal support for the initiative.

And, crucially, it appears to be universally accepted, with only Jeff Grube of Agua Caliente wondering whether the figure was overgenerous without overtly contesting it.

It’s a major step forward, as Gray said: “We started this process last year with two major points of contention around horse racing and the suitability issue. We’ve addressed one of those concerns in a way that’s brought together a coalition of support that we’ve never seen over the course of that decade.”

On suitability, it was the same old arguments. The Morongo Coalition called for an open market while the Pechanga Coalition restated its position of neutrality on the bill.

Mark Macarro of Pechanga complained that online poker sites like PokerStars that continued to operate post UIEGA had gained unfair advantages in the space by being able to build their brands and customer base and refine their software at a time when tribal casinos would have been prosecuted for offering such a service.

The question of Suitability remains, as Assemblyman Jim Cooper put it, the bill’s 800lb gorilla. Gray said he has committed to meeting a variety of tribal governments with different perspectives every two weeks in order to thrash out a consensus.