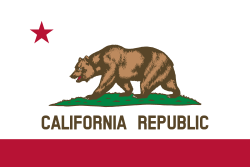 California Assemblyman Adam Gray’s online poker bill, AB 431, was unanimously passed by the Assembly Appropriations Committee on Thursday (May 28) with a 14-0 vote, despite continuing disagreement from the state’s gambling industry stakeholders.

The Pechanga Band of Luiseno Indians and its allies, who are bitterly opposed to the participation of the racetracks in a California online poker market, and to a lesser extent, PokerStars, issued a letter to the committee earlier this week, rescinding its “neutral” position on the bill and demanding it be rejected.

The letter was signed by a collation of eight different tribes.

“Some of our tribal governments moved to ‘neutral’ or ‘no position’ before the bill was heard in the Assembly G.O. Committee on April 27 out of respect for Chairman Gray’s leadership and the prior assurance that consensus would be sought before moving forward,” the letter said.

“Continuing to pass this measure as a spot bill does not advance a state regulatory structure for iPoker. The issues that divide stakeholders remain unresolved. Moving the bill at this time would be directly counterproductive to any internet poker effort, which we know is not the goal of the author, who has told us he desires to be the neutral party bringing stakeholders together on this issue, if indeed that is possible.”

AB 431 itself contains very little language and is designed to act as a vehicle to carry the online poker cause through the legislature while acting as a foundation for debate, as its authors seek to find language on which the stakeholders can agree.

It seems, however, that it is precisely the lack of concrete terms in the bill that the trenchant Pechanga coalition is now objecting to.

The bill would need a two-thirds vote in the legislature to pass, which it is very unlikely to achieve without full stakeholder consensus.

The Morongo coalition, which has an agreement with PokerStars to offer online poker should a bill be passed into law, also sent a letter to the committee this week urging its support for the AB431.

Meanwhile, significantly, the Rincon Band of Luiseño Indians, which previously opposed the Morongo collation but has recently spoken of its desire for compromise, commended the movement of the bill.

“On behalf of the Rincon, I commend the Appropriations Committee for moving Assembly Bill 431. We thank the Assembly Leadership and Appropriations Chairman for their leadership on this issue,” said an official statement.

“Internet poker has been a hotly debated issue for more than a half decade. In the past, progress to reach a compromise stalled once legislation failed to move forward. However, by allowing Internet poker legislation to proceed, lines of communication between stakeholders remain open, allowing the potential for a beneficial resolution between all parties.”

The next step for AB 431 will be a hearing scheduled to take place in the Governmental Organization Committee next month.

Seems this is like trying to design a menu for a dinner to be served to a very mixed ethnic diversity … good luck with that. Nobody wants anything … unless it tastes good to them only.