A California online poker bill, AB 2836, is likely to receive a vote on the Assembly floor this week, after it was pulled from the agenda on Monday in order to allow the state’s feuding stakeholders time for some last-ditch negotiations. 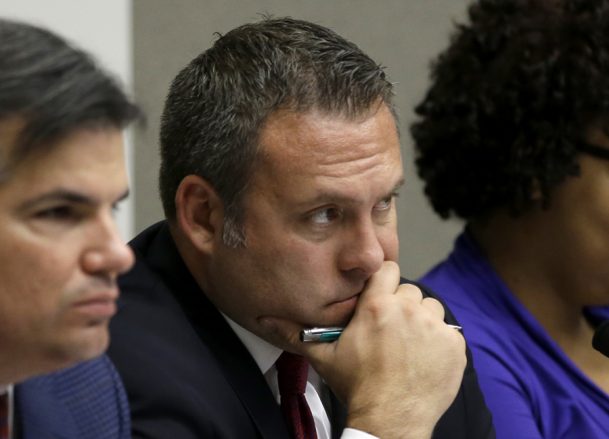 Just what is going on behind closed doors is anyone’s guess, but the main theme of all discussions will be the question of suitability, and in particular, whether PokerStars should be allowed to join the market, and if so, when.

Two opposing coalitions of those with interests in a future online poker market remain bitterly divided on the suitability question.

Those opposing PokerStars’ participation in the market, a loose collection of tribal operators lead by the Pechanga and Agua Caliente tribes, argue that the company was operating in California illegally between 2006 and 2011.

That was after the passage of the Unlawful Internet Gambling Enforcement Act (UIGEA) and before PokerStars left the US in the wake of Black Friday. This allowed PokerStars, as a bad actor, to gain an unfair advantage, the coalitions claim, building its brand and technology at a time when it would have been illegal for any tribal operator to do so.

Progress Made this Year

But PokerStars and its allies in California, led by the Morongo Band of Mission Indians and the state’s biggest card clubs, have called the Pechanga coalition “obstructionist.” They argue that the act of freezing PokerStars out of the market is protectionist, and possibly even unconstitutional.

Despite these major disagreements, more progress has been made this year in California’s push towards regulation than in the entire past decade. For a start, the bill now has the backing of the horseracing industry, thanks to the promise of a $60 million a year pay-off for its non-participation, which is a major hurdle cleared.

At a recent Assembly hearing, the Pechanga coalition expressed a willingness to back the bill, provided it included a proposed amendment that would freeze out bad actors like PokerStars for a decade. The other caveat was a $60 million charge for the privilege when they want to come back to the Golden State after those 10 years have passed.

This amendment would be completely unacceptable for the Morongo coalition. But as negotiations recommenced when the legislature returned from its summer break, there were whispers that some of the more hardline tribes were willing to bend. And as the clock ticked towards the August 31 deadline, there were also whispers that they were not.

By Monday it was clear that no consensus had been found, but could the decision to push a new vote to Thursday suggest they might at least be close?

Even if the misaligned tribes do find a compromise and the bill is pushed through by the Assembly, it would need to receive hearings in the Senate chamber before moving to the Senate floor. That takes time and, with the end of the legislative session just three weeks away, time is scarce.

American online market is one of the largest.
I believe that economic interest will rhyme!

Hopefully money doesn’t change peoples minds so easy, which always does . Everyone has a number.
Poker Stars should never be allowed to enter California or any state. Surprising New Jersey allowed it thru.

Regualate and evaluate every application looking at the history of every site. Protect players money most of all else. In separate accounts from the companies. Players should be easily allowed to withdraw their money. Players should have to send government id and proof of address to ensure they are who they say they are.Also to stop underage players from playing. To have a player or person to freeze their account if they choose to do so & not ignore the players pleas.