California Native American Tribes On Board With Online Poker
May 12, 2014 Latest Poker News

California Native American Tribes On Board With Online Poker 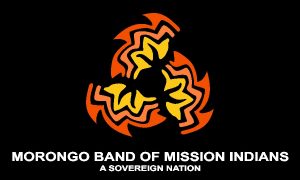 The leaders of seven of the biggest gaming tribes in California have agreed that online poker should become a reality.

For many years, industry analysts pointed to California as being the gateway state for online poker to become legalized. After all, if the most populous state could pull it off, many believe that would lead to a domino effect for other states to get on board.

But California’s Native American tribes who operate a monopoly for casinos have long opposed legalizing online gaming and online poker. Now, in a reversal of that long-held stance, the seven most influential tribes’ leaders have testified that they are ready to make it happen, assuming certain stipulations be met.

Key Conditions Still Up for Debate

The key condition that the tribes testified as needing for their full support was that only their casinos be licensed to operate online poker rooms. Many other entities would want to do the same, but California’s Native American population currently has a monopoly, as voted by California citizens. By allowing only current gaming tribes to operate poker sites in California, the state could be in the fast lane towards legislation.

For many years, California’s gaming tribes have been one of the most influential lobbying groups in the state. When the groups come together to speak on one subject, they tend to not just be heard, but also get their way. Contributing heavily over the years to political campaigns on both sides has bought them the favor of lawmakers. Those same lawmakers heard the seven biggest tribes speak and seemed to share the newly found enthusiasm conveyed by the tribes.

While many on both sides of the political spectrum listened to the panel, not all were enthusiastic at the possibility of legalized online poker in California. There are those in the pocket of one Sheldon Adelson, the Las Vegas billionaire who has vowed to kill any and all online gaming and poker, at both the state and federal level. Adelson has already stated multiple times that online poker in California would hurt Las Vegas businesses and has already hired a goon squad of lobbyists to assist efforts to block any Californian legalization of online poker.

One of the biggest obstacles remaining is the debate around PokerStars. The world’s largest poker room obviously wishes to be a part of any efforts to establish legalized online poker in California. One of the three largest gaming tribes, the Morongo Band of Mission Indians, has come into an agreement with three existing large card clubs, to build an alliance with PokerStars. Other tribes have cried foul over the matter, since PokerStars immediately gives them a huge competitive advantage in the marketplace given their worldwide popularity and brand awareness.

Some tribes are of the opinion that PokerStars should not be allowed to operate in California, should legislation be drafted and passed. They cite that because the Justice Department accused PokerStars of illegal operations in the United States, a “bad actor” clause should be enforced. However, PokerStars never admitted guilt to the accusations and paid a fine to have the case dropped.

Online poker is legal in three states, specifically Nevada, New Jersey, and Delaware. Many people believe that California will be the fourth state to legalize Internet poker. The online version of the game has been legalized and regulated in many European countries already. Analysts now point to those states and abroad to demonstrate that promises made to ensure only players in those localities who are of age will be allowed to play.

With the debate now over between the tribes in California of whether online poker should happen or not, many analysts are saying that it is absolutely possible that legislation could be drafted and proposed in 2014, and at the latest in 2015. With two massive lobbyist groups fighting against each other in California’s capitol city of Sacramento, time will tell whether online poker will finally become a reality in the Golden State.

Not as good as it seems. We have had this argument for years, the Card Clubs vs the Tribes. Those other Tribes want a monopoly that at this point do NOT include the Card Clubs, nor the Horse Racing establishments.

If they were to combine forces, and make the only condition that the only way to deposit and cash out would be via a live visit to the ‘establishment’ they would nearly solve all the existing issues. Age verification, being the most obvious issue solved that way. Problem gamblers would be identified and counseling would be easy. Existing establishments are spread well across the state so no one would be all that inconvenienced.

Not only might Star be included, mainly because if one wants excellence, Stars is the most experienced, but other established OLP sites will be able to offer their expertise as well. If the establishments just show a little long range thinking, they could hit the ground running.

Yes please make it happen. This state needs funds and the people need to not be forced into more taxes. This is a huge opportunity for the state.