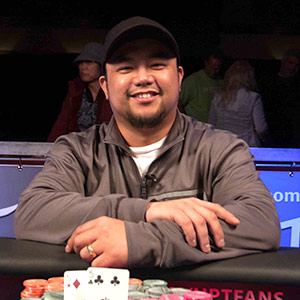 The California leg of the Heartland Poker Tour kicked Season Ten off to a great start as Exequiel Fernando turned $720 into $179,000.

Season Ten of the Heartland Poker Tour is currently underway and already making waves for their milestone year. California has been playing host to the opening leg of HPT with some eventful stops. It was at the recent Thunder Valley Casino Resort event where a Cinderella story made the crowd go wild with yet another memorable game for the HPT history books.

Exequiel Fernando is now HPT’s newest success story. The 37-year-old engineer from Elk Grove, California rallied with a short stack to take his $720 investment and turn it into a $179,020 return. During the final hand of the event, runner-up Ed Miller, a 50-year-old car salesman from Granite Bay, California, actually had the lead with pocket kings. However, a five on the flop for Fernando’s pocket fives brought the match to its end. Miller took home $109,434 for his trouble.

“I have been watching (HPT) on TV for the last couple years,” said Fernando. “It’s great that they have come to the Sacramento area. It gives someone like me a chance.”
HPT has definitely created amazing opportunities for players all across the United States during its impressive run. Part of the Tour’s success has hinged on the mission statement of “Real People, Unreal Money.” That adage translates to a diverse following as recreational and casual players will often play alongside seasoned pros during the nationally-syndicated weekly episodes. “HPT’s tournament structure is a tremendous value for any player,” said Thunder Valley’s Poker Room Director Ben Erwin. “Over 500 entrants agree.”

J.C. Tran, a November Niner and Sacramento resident, was hoping to take the spotlight saying, “To me, winning this thing… here at home would mean something special.” Tran doubled Neil Blumenfield of San Francisco and needed his own double-up to get back into the game. Unfortunately, Tran’s queen-ten did not improve when he went all in against Phuoc Nguyen’s pocket tens. Tran left in eighth place with $19,458. Blumenfield made it to fifth place with $37,749.

The proceedings at Thunder Valley will prove to be quality television when the episodes air in the spring. 40-year-old Ngoc “Joey” Bui will definitely steal the show, being an energetic personality all the way until his ace-two encountered Fernando’s ace-king. Bui managed a third place finish with $72,541. 55-year-old lawyer Ben Sarnoff went all in with pocket kings on a ten-seven-high board. But he met Miller and his ten and seven for a better hand of two pair. Sarnoff landed seventh place and $23,739.

Thunder Valley’s live audience watched a dramatic hand unfold as Nguyen faced off against Fernando. Nguyen moved all in with a pair of threes against Fernando’s ace-jack. An all-diamond flop increased tension and excitement with ace-jack-ten. When the queen of diamonds was dealt giving Nguyen the flush, the crowd went wild. They went even wilder as Fernando got a full house with a jack, eliminating Nguyen in sixth for $29,188.

Two dozen tournaments are on the schedule for HPT’s tenth year. A current stop at the Club One Casino in California will lead into dates in Colorado’s Golden Gates Casino Resort, Missouri’s River City Casino and Hotel, California’s Agua Caliente Casino Resort Spa and more. As for HPT’s newest champion? Fernando is expected make a few more appearances during the season. “$179,000 is a lot of money,” he said, “I will be able to play a lot more tournaments and keep my family happy.”