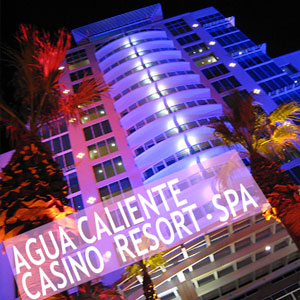 After a string of successful California stops in 2013, the Heartland Poker Tour will be increasing their stay in the state and have added a new event at the Agua Caliente Casino.

Though Season IX of the Heartland Poker Tour is coming to a close, fans won’t have to wait long to enjoy the upcoming action of Season X. 2013 brought HPT to three successful stops in California and because of that, it will be expanding the already busy 2014 lineup with a new stop in Southern California. HPT revealed that the Agua Caliente Casino Resort and Spa near Palm Springs, California will be hosting a newly announced event on the Tour.

A Tour in the Sun

The 10-day series at Agua Caliente will begin on February 27 and finish on March 10 with a televised Final Table where a new HPT champion will be declared. In the latter half of 2013, HPT added California into its touring schedule where over $2 million was awarded to players. Though hundreds walked away with cash prizes, Michael Rosenbach and Kris Tong were the biggest winners; Rosenbach won $180K and Tong won $165K.
HPT will be getting off to a very sunny start next year when the season begins. Kicking off on January 12, “HPT on the High Seas” will take the Tour to the Caribbean. January 13 begins an event at the Thunder Valley Casino Resort in Lincoln, California. The next stop is in Fresno on January 31 at the Club One Casino. California’s prominence in the first part of HPT’s next season definitely speaks to the confidence the Tour has in the state to draw a great deal of interest and viewers.

The Agua Caliente is definitely a great match for HPT. Located in Rancho Mirage, California, the casino features a 20-table poker room, nearly 1,400 slots and a variety of table games. Their four-diamond resort and hotel has 340 rooms with a pool, spa and cabana complex. Along with an award-winning restaurant called The Steakhouse, Agua Caliente has a 2,052-seat state-of-the-art entertainment venue. “We are thrilled at this opportunity for poker players to experience our world-class resort by hosting HPT,” said C.J. Graham, General Manager of Agua Caliente.

Since its start in 2005, the Heartland Poker Tour has awarded over $50 million to poker players across the United States. Not content to just hop around the country holding major poker events, HPT brings a full production set to every one of their stops. Because of that, HPT televises more tournaments in the world than any other tour.

Filming of Season IX is already available in over 100 million homes across the United States each week. But the events are also distributed throughout Europe, the Caribbean, the Middle East, North Africa and Asia. With the February event at the Agua Caliente Casino Resort, HPT plans on filming two one-hour episodes to be syndicated to all those viewers across the world.