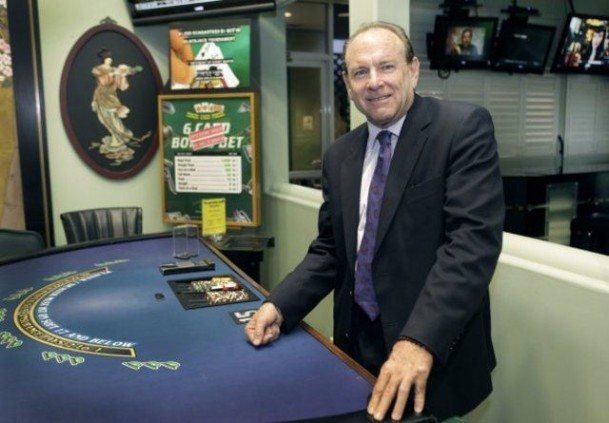 Richard Schuetz noted that the California Gambling Control Commission would have little trouble regulating online poker at a recent hearing on the issue, although many factions in the state have made its imminent passage more problematic. (Image: vcstar.com)

The California Gambling Control Commission (CGCC) has lost one of its members, one who’s been a vital player in the fight for online poker in the Golden State.

Commissioner Richard Schuetz has taken off for the balmy island of Bermuda, leaving his allies to carry on the battle for legal Internet poker without him.

Online poker supporters in California will need a lot of help in order to pass a bill in the near future, let alone sometime this year. Unfortunately, Schuetz had been one of their biggest regulatory allies, and is now taking the job of executive director in the Bermuda Casino Gaming Commission (BCGC).

The BCGC was just established this year in response to the passage of the Casino Gaming Act in the British territory, with members being announced over the past several months.

Schuetz, a former board member for Shuffle Master Gaming and former president and CEO of the Stratosphere Hotel and Casino, was scheduled to begin his work in Bermuda on September 1.

“All of us at the Commission are thrilled to have Richard join us in helping to introduce casinos to Bermuda,” said BCGC chairman Alan Dunch. “His extensive experience as both a casino operator and as a regulator make him ideally suited to ensure that the Bermuda casino experience operates with a high degree of integrity, and offers an additional world-class tourism amenity for Bermuda.”

In California, Schuetz had recently made it clear that he was in favor of the regulation of online poker, or at least felt that such regulation could surely be effectively implemented in the state. In a recent hearing on Internet poker, Schuetz said that in a well-regulated state environment, underage players could only gain access to poker sites thanks to “bad parenting.”

It is unclear exactly what sort of impact the commissioner’s departure will have on the campaign to regulate online poker in California. Ultimately, that battle will be more acutely felt in the legislature and among the various gaming interests in the state now, with the CGCC’s major role to come in setting and enforcing regulations should an online poker bill be passed.

During his time on the CGCC, Schuetz had been outspoken about a number of topics, including his belief that the commission could be better supported by the state so that it could do its job more effectively. He had also talked about daily fantasy sports, saying that he believed that DFS sites are operating in ways that are close to gambling, even if they aren’t classified that way at the moment.

“DFS is getting big, is getting big quickly, and is operating in a space that certainly approaches the definition of being a gambling activity in many jurisdictions,” Schuetz wrote in an op-ed for Global Gaming Business News.

Schuetz’s time on the CGCC wasn’t entirely without controversy, however. In July, a group called Examine California lodged a complaint with California’s Fair Political Practice Commission alleging that he had failed to report his worldwide travel over the course of three years.

The group said that Schuetz failed to report 24 different trips on a “statement of economic interest,” including trips to China and the Isle of Man, among others.

“Commissioner Schuetz’s alleged willful disregard to report these worldwide trips raises suspicion over his trustworthiness to carry out the position in which he was appointed,” Examine California founder Jason Krause said in a statement.

“Perhaps these are simple omissions by the commissioner, however, we feel that his recent comments in legislative committees and his active meeting with powerful gambling interests are all related and we allege that the Commissioner is looking to bolster his pockets with these interests,” Krause added.

i think most cardschat posters would agree with the ex commissioner’s stance in favor of regulatory oversight of online poker in California .it’s somewhat unfortunate to have him leave so soon after the complaint was brought against him .