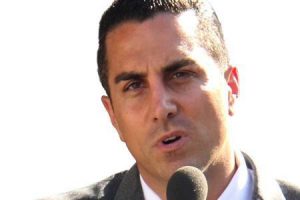 Assemblyman Mike Gatto, who has proved himself flexible in his approach to creating a regulatory framework for online poker in California. (Image: catherinefalkorganiztion.org)

Under the initial proposal of Bill AB 9, new players would only be able to create an online poker account by visiting the poker site’s affiliated land-based cardroom, a rule designed to restrict underage play and the potential for fraud by establishing face-to-face contact between operator and player, and also to increase the footfall inside the casinos.

The proposed rule has been slammed by many industry observers and stakeholders, however, who argue that online identification technology is efficient and doing an excellent job of age verification and fraud prevention in other regulated states. They further reason that forcing players to visit casinos to sign-up would stymie the growth of the industry.

John Pappas, president of the Poker Players Alliance (PPA), said that the rule “defeats the purpose of online poker, to be able to deposit from your computer. I think it’s someone’s misguided understanding on how to establish synergies between brick-and-mortar casinos and online players,” he added. “There are other ways to bring people to your properties.”

However, Gatto has made it clear that AB 9 is merely a starting point for debate and that amendments will be made, as he seeks to shape a bill with language that all stakeholders can agree on.

“My goal remains creating a sensible framework for a new California industry,” said Gatto. “That will involve a thoughtful process of consultation with all of the key stakeholders.  I pride myself in listening; I expect this process will continue throughout the year.

“After meeting with security experts and hearing from poker players and industry professionals, I have concluded that online poker would be best served by making in-person registration an option rather than a requirement,” he added. “State of the art technology currently used by operators in other states when registering players accesses many of the same databases used by financial institutions to verify the identity of registrants and prevent fraud.”

Gatto believes that giving players the choice of registering in person will still generate customers for California’s brick-and-mortar casinos, while offering players the greatest flexibility in making transactions. He also said he is examining ideas to create a new tournament series, fed in part by Internet qualifiers, which could potentially bring more customers in.

“California has led the world in computer and Internet innovation, including online security and screening, and there is no reason why we can’t lead with a sensible online-poker framework,” said Gatto. “These amendments are derived from time-tested business practices that have received significant support from stakeholders. Lawmakers should listen to feedback from experts as they seek to form sound public policy.”

Gatto also said he was looking at increasing the penalties for operators who offered real-money online poker to Californians, and pledged additional resources to the Attorney General’s office to help enforce the new regulations.

California residents need online poker for the thousands if not millions of online poker players. 1 Saves gas, 2 Saves players time, 3 makes a few very wealthy (not me), 4 saves individual embaresment , 5 most important tax money for the crooks and welfare freeloaders (sorry but true) in the state of California, LETS GET IT DONE!!!

Not sure that would really bother me as I would honestly prefer to have my account verified and ready to go at signup vs being required to submit all these documents, ID checks, jump through hoops, etc at cashout. This might hamper new players though as it makes it not as easy to sign up.