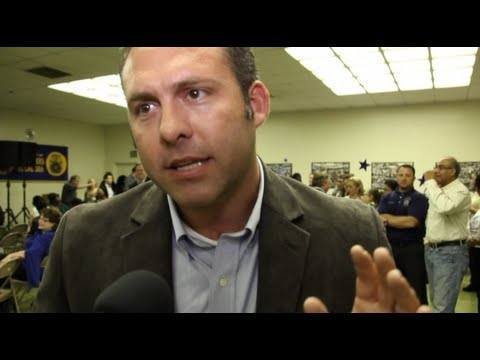 California Assemblyman Adam Gray made small changes to his online poker bill in order to push it through committee. (Image: youtube.com)

California Assemblyman Adam Gray seems to know how to get an online poker bill passed through the State Assembly’s Governmental Organization Committee. The legislator made it happen last week, after adding only a handful of amendments to the bill.

Now, Gray (D-Merced) has posted the latest version of his bill, AB 431, complete with the changes that allowed the legislation to pass through committee unanimously.

The new version of the bill isn’t all that different from what was already known about the legislation. The bill is still short on details, making it a shell bill: one that offers a very general outline for regulating Internet poker in the Golden State, but which would need significantly more detail before it could pass into law.

That doesn’t mean there weren’t changes, however. At several points, language was subtly changed or removed, though it is hard to say how significant each of these changes could be in the long run.

First, there is now language in the bill that restricts the operation of online poker sites to “qualified entities.” This could simply be making it clear that only approved, licensed operators will be allowed, but it may also have been a gesture in the direction of Indian tribes who want a “bad actor” clause in the final legislation to keep competitive giant PokerStars out of the California market.

Other changes seemed to make the bill even vaguer than in the original version. Gray’s first version of the measure mentioned that the California Gambling Control Commission and the California Department of Justice were responsible for creating regulations for online poker; the latest version instead says that Internet poker will be “sanctioned and regulated by the state.”

Some changes don’t seem to change the bill at all, but likely matter to someone, somewhere. For instance, the original bill said that it “authorizes the operation of an Internet poker Web site,” while the newer version says that it would “declare the Legislature’s intent” to authorize Internet poker.

In the end, none of these changes appear to be groundbreaking, and the bill remains limited in terms of truly outlining what online poker could look like in California. But they still may have been critical in moving the bill out of committee.

Before those changes were made, a group of Native American tribes, including the Pechanga Band of Luiseno Indians, noted that they were opposed to the bill. After the changes, those same tribes took a neutral stance on the legislation.

It’s hard to say exactly why these minor changes to a shell bill would be enough to shift the stance of some powerful players in the California gaming industry. But the key may have been the addition of the words “qualified entities” in talking about who could operate poker sites: the two primary issues dividing gaming interests in the state are whether race tracks should be able to operate such sites, and whether an online poker bill should include a “bad actor ” clause.

After the bill made it through committee, Pechanga Chairman Mark Macarro reiterated this point in a statement.

“We look forward to a meaningful process and arriving at comprehensive legislation that respects California’s longstanding public policy of limited gaming, protects children and the vulnerable, creates jobs, provides additional revenues for the State, and protects consumers and the integrity of the gaming industry from organizations that do not and have not respected US law,” Macarro said.

Oh my! On the Richter scale of online gaming, this was a HUGE movement in online ‘fault’ lines!

Sure, maybe they do want to push out PS and keep the gaming as regulated skins. That still leaves major and yet uncharted venues to become something we have not yet ever seen! In a poker utopia I imagine being able to deposit through a casino play mid week online and then use my credit to purchase room/food at the casino and cash out at the cage with CASH MONEY DOLLA BILLZ!!!!

When Ca does it in the court house so do many others that will follow the Golden State as a model. WA, CO, UT, NM, MT, MN, IA just to name a few.