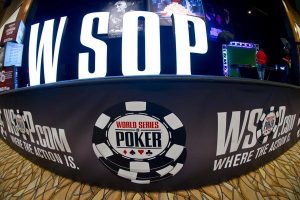 The operator, which controls the World Series of Poker’s online platforms in Nevada and New Jersey, saw its social gaming platforms, as well as the aforementioned real money sites, hit an average daily traffic stream of 6.7 million users.

Online Traffic on the Up for the WSOP

This increase in traffic has resulted in year-on-year growth in Q1 of 2016, with total net revenue of $227.8 million. For the online poker community, the news that revenue at WSOP.com in Nevada and New Jersey has increased by 7 percent to $9.6 million should be encouraging.

Despite the US online poker economy being significantly smaller than many predicted before Nevada, New Jersey, and Delaware passed their iGaming laws (New Jersey Governor Chris Christie predicted New Jersey would make $1 billion in revenue during its maiden year), the industry is showing signs of growth.

In fact, with the World Series preparing to host its second online bracelet event this summer, CIE should see more growth over the coming months.

According to the official schedule, the 2016 WSOP online bracelet event will be tournament #66 on this year’s roster, kicking off on Friday, July 8 and will cost $1,000 to play (with unlimited re-entries). It will play out to a final table of six online, then will resume play live the following Monday, July 11, at the Amazon room at the Rio in Las Vegas.

Last year, the tournament attracted 905 entrants. Designed to fuse the WSOP’s live and online assets for its inaugural run, the tournament was eventually won by Anthony Spinella, who took home $197,743.

As before, only those who will track as inside Nevada state borders will be allowed on the site to play, of course.

As well as innovations at the WSOP, CIE has said that a continued focus on converting social gamers to real money gamers has been integral to its recent growth.

In fact, in Caesars’ official press release, its selection of Playtika platforms, such as Slotomania and House of Fun, have seen daily activity increases of 11 percent year-on-year, while monthly user activity is up by 17 percent to 22.26 million players.

Whether or not this swell of free money gamers will translate into more real money poker players at this year’s WSOP remains to be seen, but the overall increase in traffic across the CIE enterprise should be seen as a positive for the poker community as we head into the game’s biggest events of the year.