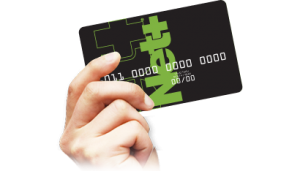 Caesars Interactive is expanding their partnership with Optimal Payments to bring Neteller and Net+ Card to their New Jersey and Nevada gaming sites. (Image: neteller.com)

The online gaming market’s expansion in the United States has seen its fair share of issues. Many of them stem from the legal and political waters states have had to constantly navigate. However, even after solid launches, one of the biggest hurdles to jump over has been funding an account.

Despite online gambling and poker being regulated, many banks and credit card companies still refuse to accept gambling transactions. Players who want to deposit money into an account or withdraw winnings often hit a roadblock. But rather than jumping through hoops, an easier method often lies in e-wallet services. Optimal Payments has become a big name in online payment solutions. And now, the provider is expanding an already lucrative partnership.

Caesars Interactive Entertainment, one of the leading land-based and online gaming operators, has expanded their partnership with Optimal Payments. The expansion will directly affect Caesars’ online gaming markets in Nevada and New Jersey.

Optimal Payments’ e-wallet solutions Neteller and Net+ Card have been launched by Caesars. The services are being offered to customers on CaesarsCasino, HarrahsCasino.com and WSOP.com sites. Both Neteller and the Net+ Card give players the ability to conveniently pay and receive funds for services, either online or at the point-of-sale.

The Neteller service is live and is being actively promoted by Caesars in Nevada and New Jersey. Optimal’s current partnership with Caesars allows the company to provide gateway services to the operator.

“Providing safe, secure and convenient payments to our customers is our top focus and Neteller allows us to do that,” said Caesar’s senior vice president and chief technology officer Marco Ceccarelli. “We are thrilled to offer Neteller in both New Jersey and Nevada effective immediately and anticipate this offering will be a popular choice for existing and new customers.”

In late March, the London-based Optimal announced a partnership with Borgata Hotel Casino & Spa in New Jersey. Both Neteller and Net+ Card were accepted at BorgataCasino.com, BorgataPoker.com and nj.partypoker.com.

The partnership with Borgata came only a few weeks after Optimal had re-entered the United States online gaming market. After the introduction of the Unlawful Internet Gambling Enforcement Act (UIGEA) in 2006, the company withdrew from the market. The firm bond with both Caesars and Borgata puts Optimal in a prime position in the burgeoning US market.

“Optimal Payments and Caesars Interactive Entertainment have a longstanding partnership that strategically binds our two companies,” said Neil Erlick, executive vice-president of business development for Optimal. “We already provide CIE with gateway services related to payment processing and now, with the addition of our new Neteller and Net+ Card stored value offering, we hope to make it even simpler for their consumers in regulated gaming markets to do business with this leader in gaming. We plan to support the company as it rolls out its social gaming offerings in the years ahead.”

PayNearMe is another service Caesars has allowed players to use. Operated in conjunction with 7-Eleven and Family Dollar stores, PayNearMe is a cash voucher system.

“It was clear we needed more payment options to meet demand and we are optimistic our new trifecta of offerings will help serve our users’ needs,” said Ceccarelli. “We also have expanded our mobile offerings with the Android app for WSOP.com customers. We hope these new improvements will aid our existing customers and give new players an additional reason to play with us.”

Im confused, wasn’t neteller required to leave the US market? So can you now use your neteller account in all 50 states?