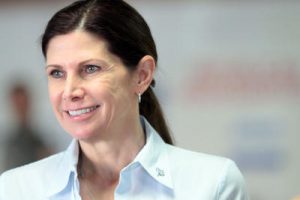 The Coalition for Consumer and Online Protection – better known as C4COP – spent $250,000 on its first media campaign, which reached far and wide on the Internet and in popular media publications. The group hasn’t quite met its goal of defeating the attempted online gaming ban proposed by Las Vegas Sands CEO Sheldon Adelson, but it’s has been accumulating more ammunition to achieve its mission.

In early 2014, C4COP launched its initiative to fight the forces who would like a federal ban on Internet gambling. The campaign moved quickly throughout the online poker community, with many people spreading the word through social media outlets and articles about the new group.

C4COP brought on political heavyweights that included former US Representative Mary Bono (R-Cal) and former Rep. Mike Oxley (R-Ohio) to use their voices and opinion pieces to garner more attention for the opposition to the ban. Ads were placed strategically on the home pages of websites for the Washington Post, Las Vegas Review-Journal, and Politico, among others. Other ads were rollover boxes and title promos offering more information on the C4COP website.

According to the group’s spokeswoman, Kristen Hawn, the focus has been solely on putting a stop to the Wire Act review that could ban online gambling throughout the United States, which is being proposed and heavily promoted by Sheldon Adelson and his supporters, including his lobbying group, the Coalition to Stop Internet Gambling. She noted that the efforts of C4COP are ongoing.

“This is not a series of campaigns here, campaigns there. We’re here to stay and make sure there isn’t an across-the-board ban,” said Hawn.

The Poker Players Alliance(PPA) is fully supportive of C4COP’s efforts and has promoted the campaign on social media and its own website. PPA executive director John Pappas echoed the message of the new group, saying that the campaign is working and fully focused on progress for the poker community, and “just trying to make sure we don’t get screwed.”

Oxley and Bono have both penned opinion articles for major publications – Oxley’s appearing recently in The Hill – and have been outspoken for C4COP.

Some of the major funding for the group has already come from industry giants like Caesars Entertainment, MGM Resorts, and the American Gaming Association (AGA). They all aided in the initial C4COP campaign, and will likely ante up for a subsequent effort, though no confirmation has been given. Pappas lauded those efforts, noting, “They have some resources that the PPA doesn’t have,” such as the Washington Post advertising.

The social media campaign is ongoing. The official goal of C4COP is to speak out “on behalf of safety leaders, parents, business leaders, teachers, technology leaders, state and federal elected officials, the gaming industry and other concerned groups in opposition to a ban on all Internet gaming.”

The group calls the attempted Congressional ban via the Wire Act an extreme overreach of the government, and touts the negative effects that would result, such as the blocking of common-sense consumer protections, threatening of states’ rights, and restriction of Internet freedom.

C4COP stops short of advocating for legal and regulated online gambling on the federal level per se, but specifically aims to stop any ban on these activities in the United States.