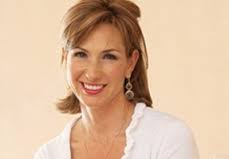 Ruth Parasol, one of the founders of Party Gaming, who finally sold her remaining shares in bwin.party, as part of a divorce settlement with co-founder Russ DeLeon. (Image: gamblingsites.org).

Shares in bwin.party dropped by more than 9 percent on Friday following the news that Ruth Parasol and Russ DeLeon, two of the founders of PartyPoker.com, have bagged up their chips and headed to the cage.

The ex-husband and wife, whose mighty stake in Party Gaming was once worth more than £2 billion, finally called it a day last week when two trusts they set up in 2013 as part of their divorce settlement sold 50 million shares at the discounted price of 93 a share.

The pair will collect $46 million for their remaining 6 percent stake in the company.

Shares in bwin.party, which have been in decline for the large part of two years, has taken a turn for the better in recent weeks following news of high-powered bidding war between several giants of online gaming.

But the news of the high-profile departures plunged the market into confusion.

Analysts have said the couple’s share sale is unsurprising because of the fact that the two competing bids for bwin.party involve shares as well as cash. One told The Times that, “given their obligation to sell their Bwin.party shares, it would have made no sense to take 888 or GVC paper.”

The sale is also likely to be related to US online gaming regulation; a condition of bwin.party’s New Jersey license is that top shareholders must themselves apply for a license or sell up.

Parasol and DeLeon launched PartyGaming in 1997, along with Anurag Dikshit and Vikrant Bhargava, and PartyPoker was the market-leading online poker site throughout the early to mid-noughties.

In 2005 they floated the company on the FTSE 100 with a £4.64 billion ($7.2 billion) market value; at the time the biggest on London stock exchange for five years. Party’s share prices rocketed and the value of the company exceeded $12 billion within a month.

But ultimately it was bad timing. In 2006 Washington passed the Unlawful Internet Gambling Enforcement Act, which criminalized the act of “knowingly accepting payments in connection with the participation of another person in a bet or wager that involves the use of the Internet.”

Party, conscious of its responsibilities towards its shareholders, immediately withdrew from the US market, as its stock plunged irrevocably. Within just 24 hours, the value of the company had decreased by 60 percent.

While Parasol and Russ DeLeon’s sell-out was fully anticipated, the timing was off for the company, and the market reacted badly to the news. Meanwhile, Philip Yea, chairman of bwin.party, was anxious to reassure investors

“The sale has no bearing on the board’s discussions regarding proposals received from third parties that are continuing and whilst there can be no guarantee that these discussions will result in any transaction taking place, the board will make further announcements in due course,” he said.